According to Disney, Star Wars: The Force Awakens is expected to break the US and Canada record for the biggest ever box office debut weekend.

It is estimated that the blockbuster film made £159.7m in ticket sales in North America this weekend, beating the record previously set by Jurassic World in June. 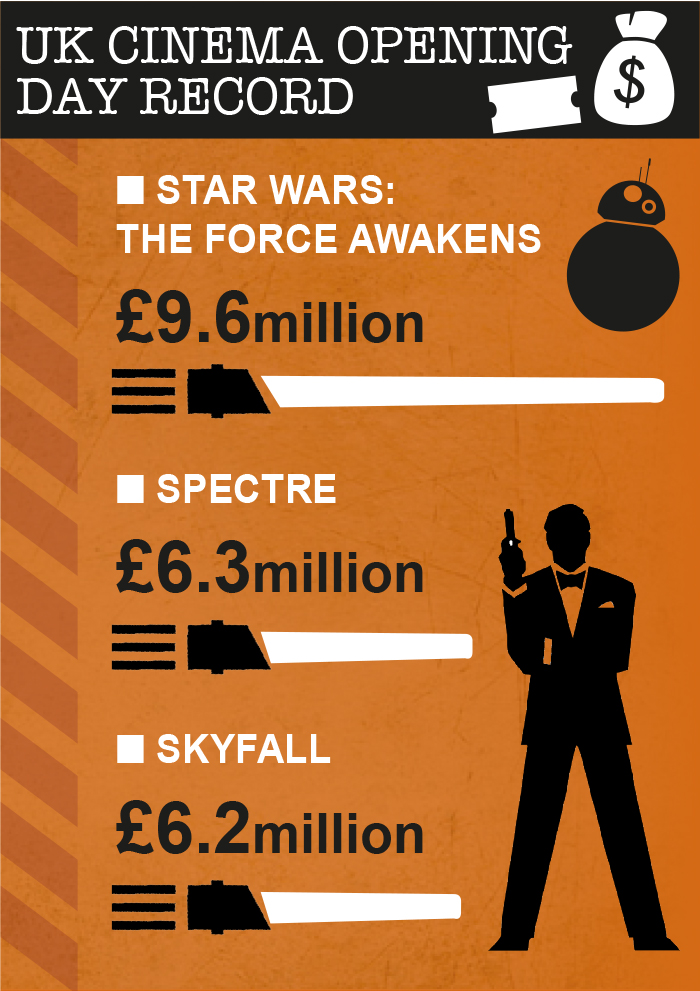 Earlier this week, the film smashed the same opening night record in the UK, raking in a staggering £9.6m in ticket sales, including £2.4m from midnight screenings alone.

It is estimated that the new film has taken £347m globally in just three days since its release.

The film opens in China – the second biggest cinema market on the planet – on January 9.

The previous UK opening day record was set by Spectre, which took £6.3m in ticket sales in October.

Before that, the record was held by previous Bond film, Skyfall, which made £6.2m on its opening day back in 2012.