There are plenty of great deals to be had in January, but gig-goers looking to get bang for their bucks would be hard pushed to best what’s on offer at Summerhall tomorrow night (Jan 23).

There, as part of the excellent Nothing Ever Happens Here series,  the über-talented Withered Hand is joined on the same bill as original Fence Collective member James Yorkston and his old pal Johnny Lynch, aka The Pictish Trail.

That’s three of Scotland’s finest songsmiths on the bill right there, folks.

Active in the world of visual art and dabbling in music for many years, Dan Willson (Withered Hand) came late to singing and songwriting at age 30, in a period of reflection between the death of a close friend and the birth of his first child.

The resultant material, much of which went on to become the album Good News, was praised for its depth and startling honesty, and won him accolades from the likes of Rolling Stone and Mojo, as well as fans from Jarvis Cocker to Marc Riley.

The ensuing years saw him embraced by Fife-based musical powerhouse the Fence Collective and his songs picked up by MTV and cult series Skins. 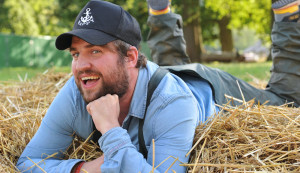 Johnny Lynch, aka The Pictish Trail, is something of a conundrum.

On first impressions, he’s a self-deprecating hairy hobo whose on-stage banter could give many comedians a run for their money. But once he begins to sing, Lynch’s extraordinary vocals reveal hidden depths that can subdue the most rowdy of audiences into a blissfully hypnotised silence.

With two albums, numerous mini-albums, EPs, and singles under his belt as The Pictish Trail, Lynch has also moonlighted as one half of demented dance-pop duo Silver Columns with Adem (Fridge) for their 2010 album Yes and Dance.

It’s this innovative, genre-defying approach that’s seen him mentioned in the same breath as his heroes Beck, The Beta Band and Hot Chip. He even joined the likes of Jarvis Cocker, Franz Ferdinand and Charlotte Gainsbourg as part of the line-up for Beck’s Song Reader live concert in London in 2013. 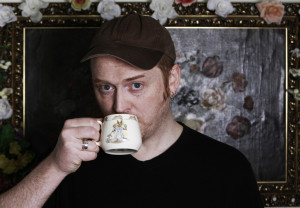 James Yorkston was one of the original members of The Fence Collective, part of the Fife music scene that spawned King Creosote, KT Tunstall, The Pictish Trail & The Beta Band.

Since 2001 James has been signed to Domino Records (Arctic Monkeys, Franz Ferdinand) with whom he has released eight albums proper and dozens of EPs, compilations, 7” singles and one exceptionally fine book, It’s Lovely to be here – The Touring Diaries of a Scottish Gent.

A much respected figure in the music world, James has been featured twice on BBC2’s The Culture Show and had a documentary on him aired on Channel 4.