Edinburgh-born author Sara Sheridan is set to have her bestselling mystery novels turned into a new television series on STV.

TV rights have been optioned to the series of books featuring Sheridan’s much-loved Mirabelle Bevan character – an ex-Secret Service agent solving mysteries in post-war Brighton – by the makers of Rebus and Taggart. 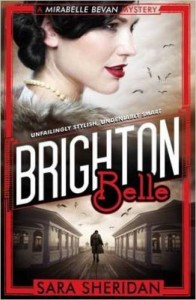 Sarah Brown, head of drama at STV productions, said: “Sara’s beautifully drawn characters and the vivid setting of 1950s Brighton feel perfect for the screen – so we are delighted to be developing these wonderful books for television.

“Mirabelle and Vesta are a detective duo unlike any we’ve seen before, and we’re convinced that TV audiences will fall in love with them as so many readers already have done.”

Little, Brown, meanwhile, has snapped up the rights to the Mirabelle Bevan series backlist.

Little, Brown bought UK and Commonwealth rights – excluding Canada – from publishers Polygon and will be re-releasing the first four novels of the mystery series – set in 1950s Brighton – in the spring, with the latest in the series, Operation Foodwood, due to be published in April.

In North America, the series has been snapped up by Michaela Hamilton at Kensington, who is publishing the first book in the series, Brighton Belle, in March.

Krystyna Green, publishing director for Constable Crime, an imprint of Little, Brown, said: “We are absolutely delighted to have acquired Sara Sheridan – her backlist as well as frontlist and future Mirabelles. 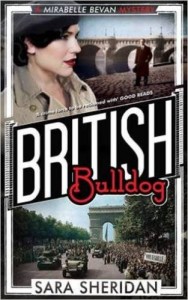 “The timing couldn’t be better too – Mirabelle Bevan is sure to be a natural for primetime TV.  And in Sara we have a dream author: proactive, media savvy and incredibly switched on who has created a charming series which is set to run and run.”

“I’m attracted to both these periods,” commented Sheridan. “It keeps my writing life interesting to work with such varied material. I’m excited to take the books to a larger market both in the UK and abroad.

“What inspires me most are those female characters – the women who climbed mountains wearing bodices and who worked undercover in WWII.”