Star Wars director Colin Trevorrow has revealed ambitious plans to shoot Episode IX, which is slated for release in 2019, in outer space.

Trevorrow – who directed 2015’s Jurassic World – will helm the third and final film in the triology which began with JJ Abrams’ The Force Awakens in 2015.

Speaking at a Sundance Film Festival event this week, Treverrow said that he hopes to film some scenes for the title in outer space and is awaiting confirmation as to whether it will be possible.

“I asked the question, ‘Is it possible for us to shoot IMAX film plates in actual space for Star Wars?’” 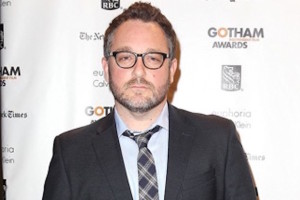 Trevorrow said on the Power of Story: The Art of Film panel. “And I haven’t gotten an answer yet – but they’ve shot IMAX in space!”

Previous Star Wars films have been filmed in desert regions like Tunisia or United Arab Emirates and icy landscapes in Norway and Iceland.

“Funny enough, we had that conversation with Interstellar,” Nolan said. “There’s incredible footage from space now.”

Trevorrow also revealed that he isn’t fond of shooting with digital tools, and plans to keep up the tradition of the two directors proceeding him.

“The only place where I tend to not be able to attach myself entirely to something shot digitally is when it’s a period film,” he said.

“There’s something in my brain that goes, ‘Well, they didn’t have video cameras then.’ [Film] tends to remind us of our memories, of our childhoods, the way we used to see films.”

Laughing, he added, “I could never shoot Star Wars on anything but [film] because it’s a period film: It happened a long time ago!”

Meanwhile, Disney recently announced plans to delay the release of the next Star Wars movie by around seven months.