Ronan Keating has said he’d be open to creating the ultimate manband – consisting of members of both Boyzone and Westlife.

The singer admitted it would be “fun” if the two chart-topping bands combined all their Irish charm and followed in the footsteps of Busted and McFly by forming an Irish supergroup.

Keating said he would “never say never”, but he is currently concentrating on his solo music. 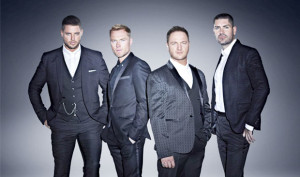 The Life Is A Rollercoaster hitmaker confirmed that Boyzone will do something next year to mark the band’s 25th anniversary – describing it as a “Boyzone extravaganza”.

Asked about the idea of the band teaming up with fellow Irishmen Westlife in the same way Busted and McFly formed McBusted, he told the Press Association: “The idea’s been thrown around alright. Different collaborations.

“Not just Westlife, but Girls Aloud and lots of different collaborations. I don’t know. Maybe, maybe. Never say never to those sort of things. We’ll see. Not right now, but maybe, maybe we would. It’d be cool fun I think to do something like that, definitely.”

And earlier this month, Keating’s fellow band member Shane Lynch tweeted a picture of Boyzone and Westlife, and wrote: “BOYZONE & WESTLIFE i guess this is kinda what the press conference would look like if #Ireland joins forces.” 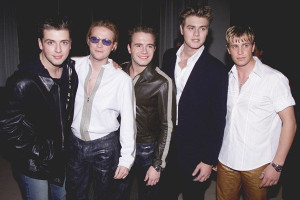 In October, Lynch tweeted pictures of the two bands – the Boyzone photo included the late Stephen Gately – with the caption: “Although it can’t quite be this line-up.. MAYBE IT’S TIME we Irish joined forces and take back the world.. #BIG.”

Keating is heading out on a solo tour later this year, but admitted he does miss his Boyzone bandmates.

“I miss the lads at times, definitely,” he said, adding, “Next year marks our 25 years so we’ll do something next year, please God.”

Keating went on to say, “We’re not really sure yet. I mean, we’re looking at different ideas whether it’s an album or a tour, or what it’s going to be, but we’ll definitely mark it somehow and it’ll be a Boyzone extravaganza as per usual.”