Anyone who is yet to see the sensational new stage version of Mary Poppins is advised to make a beeline for the Festival Theatre at the very first opportunity, while Shakespeare lovers will find much to admire in both a Midsummer Night’s Dream and Henry V at the King’s Theatre. At the Playhouse, there’s plenty fun to be had for kids as Horrible Histories dishes up another hilarious helping of disgusting facts and vile stories. At The Brunton in Musselburgh, meanwhile, Nijinsky’s Last Jump combines theatre and dance to evoke the legendary 20th century dancer’s journey from global success to the desolate isolation of mental illness. 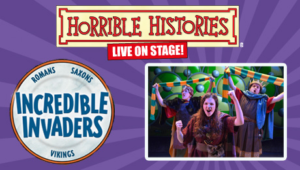 We all want to meet people from history. The trouble is, everyone is dead. So it’s time to prepare yourselves for Horrible Histories live on stage.

Using actors and 3D special effects, these two world premieres are guaranteed to thrill you and your children. Historical figures and events come alive on stage and hover at your fingertips.

Groovy Greeks: From savage Sparta to angry Athens, discover the truth about growing up in Greece. Take on the Trojans and pummel the Persians. Compete in the first ever Olympic Games and appear in the very first play. Meet your match with the Minotaur, and be zapped by Zeus. Hold on tight as you gatecrash the Groovy Greeks.

Incredible Invaders: The Celts are crunched when the ruthless Romans invade Britain. Can crazy Caratacus save the nation? Hide behind Hadrian’s Wall. See the savage Saxons smash their way in. Find out who’s at Sutton Hoo. Will you survive the Vicious Vikings as they sail into the audience? Stop King Alfred burning his buns. It’s a thousand year journey with incredible invaders.

One of the most exciting new Shakespeare company in the UK, Merely Theatre has honed a style that strips the Bard back to basics – no gauche sets, frilly collars or fussy props: just the actors, the audience and the text. Now the company are stripping back something more profound: the concept of gender. 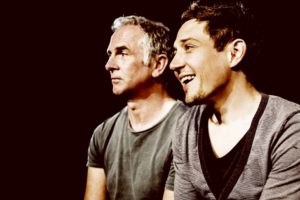 Gods are Fallen and all Safety Gone

Gods Are Fallen And All Safety Gone is an investigation into what happens when we discover that our parents are flawed human beings, and that at some point, sooner than we think, they are suddenly going to disappear from our lives.

In an intimate and funny exploration of mother and daughter relationships, two male actors explore the fascinating relationship dynamic of a thirty-something daughter and her ageing mother.

The honest, frank and familiar exchanges between mother and daughter range from the everyday: tea, travel, boyfriends and more tea; to the truth of their seemingly tense relationship.

Gods Are Fallen And All Safety Gone is a lifetime of conversations, condensed into one hour. 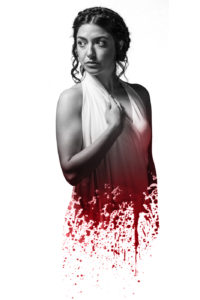 “… There is the heat of Love, the pulsing rush of longing, the lover’s whisper, irresistible – magic to make the sanest man go mad.”

The Gods of Olympus take their sides and the fates of all men hang in the balance. On the battlefield of Troy the scene is set for the final conflict to claim the beautiful Helen. Only the invincible Greek warrior Achilles can tip the scales of war to glory or defeat, but humiliated by his leader Agamemnon, he is stubbornly refusing to join the fray.

Homer’s Iliad, the greatest and most influential epic poem ever written, tells of the tragic and bloody climax to the ten-year siege of Troy; the darkest episode in the Trojan War.

This great tale of gods and heroes, love, jealousy and revenge is brought to visceral life in a brand new adaptation by award-winning Scottish Playwright Chris Hannan (Crime and Punishment). 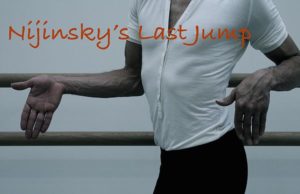 As the passionate obsession of the young Nijinsky comes face to face with the searching inner life of the older Nijinsky, this sharp and tender show portrays a poignant intimacy of genius and madness, youth and age, both the performing and private self.

Inspired by the rhythmic obsession of Nijinsky’s diaries, Young and Old Nijinsky consider their life together, on and off stage, trying to make sense of the loss of self. 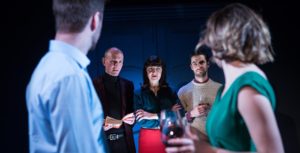 As Alice and Ben settle into their beautiful new flat they realise that the family across the hall hope to be more than just good neighbours.

Soon, Juliette, Giles, and their son Francis are wearing out the welcome mat; suggesting drinks, hors d’oeuvres and dancing. Things begin to heat up as innocent invitations lead to passionate encounters and unsettling revelations.

Written by award-winning Quebecois playwright Catherine-Anne Toupin, Right Now is a play with a dark heart, a disquieting exploration of one woman’s crisis and darkest desires. It walks a delicate line between playful laughter and deep trauma, teasing and thrilling audiences from beginning to end. 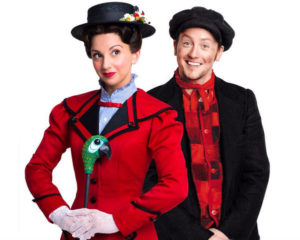 The magical story of the world’s favourite Nanny arriving on Cherry Tree Lane has been triumphantly and spectacularly brought to the stage with dazzling choreography, incredible effects and unforgettable songs.

The stage version of Mary Poppins is brilliantly adapted from the wonderful stories by PL Travers and the beloved Walt Disney film.

The stage production of Mary Poppins is co-created by Cameron Mackintosh and has a book by Oscar-winning screenwriter and Downton Abbey creator, Julian Fellowes.

It has a timeless score by Richard M Sherman and Robert B Sherman including the songs Jolly Holiday, Step in Time, Supercalifragilisticexpialidocious and Feed the Birds with new songs and additional music and lyrics by the Olivier award-winning British team of George Stiles and Anthony Drewe.

One of the most exciting new Shakespeare company in the UK, Merely Theatre has honed a style that strips the Bard back to basics – no gauche sets, frilly collars or fussy props: just the actors, the audience and the text. Now the company are stripping back something more profound: the concept of gender.

Henry V is an exciting, humorous and profound portrait of the birth of modern England. 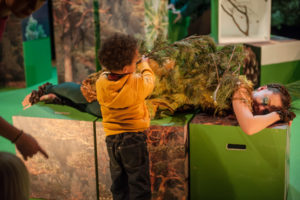 Macrobert and Barrowland Ballet Present… Vince wants to explore the forest but is too scared to go on his own. Until one day he meets Poggle, a friendly creature who takes him on an adventure exploring the forest and the magical musical tree.