Pete Doherty is in a good place right now – and long may he continue to be.

Over the years, the most notorious rock star of his generation has made some memorable headlines – who can forget the time he made the front page of the Edinburgh Evening News after trying to score drugs from a stunned Edinburgh newsagent the morning after his city gig in 2006? – and he does still get the occasional column inch in the tabloids. 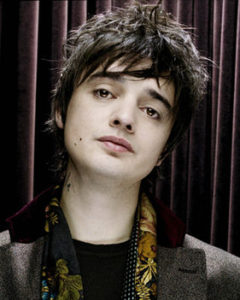 Fingers crossed, but The Libertines and Babyshambles frontman – who has undergone numerous stints in rehab clinics in the past to be treated for drug addiction – finally seems to have wrestled his demons back into shape.

Time will tell if “Potty Pete” – the bug-eyed, drugged-up, pantomime figure so beloved of the red-tops – is gone for good, but he’s not been seen for a good while now. That means he’s turning up for gigs on time (well, mostly) and he’s back doing what he does best… making music.

The 37-year-old is due to release a new album on Clouds Hill Records later this year, and the just-released single The Whole World Is Our Playground is the first slice from the follow up to his 2009 solo debut Grace/Wastelands.

It’s classic Pete D and our Hottest Record of The Week (check it out below).

Gigs-wise, Doherty is scheduled to play the first concert at a refurbished Paris Bataclan in November after the venue was targeted by terrorists last year, but before then, he has several headline gigs and festival appearances in the UK – including next month’s visit to Glasgow Barrowland.