Earlier this week, the mighty Radiohead returned with their first new single in five years – and it’s our Hottest Record Of The Week.

The Oxford band put out new song Burn The Witch ahead of a world tour that opens later this month. 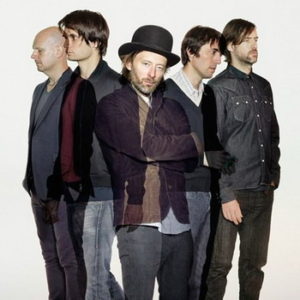 The Thom Yorke-fronted outfit unveiled snippets of the song on social media on Tuesday before posting the full music video to its website and YouTube.

The strings-laden song is a hark back to Radiohead’s 90s material on The Bends and OK Computer – and has been very well received by fans and critics alike.

The song’s stop-motion video, which you can watch below, has added to speculation that a new studio album will be released shortly. It would be the band’s first since 2011’s The King of Limbs.

Radiohead kick off a world tour May 20 in The Netherlands. The band will play three dates at the Roundhouse in London later this month.

Longtime fans have pointed out that Burn The Witch is not in fact a brand new Radiohead song.

Burn The Witch was first acknowledged in the booklet for Hail to the Thief – though its origins may be even older.

As speculation of a new single emerged at the end of April, MTV music editor Simon Vozick-Levinson tweeted a snippet of an interview he conducted with Radiohead producer Nigel Godrich “a few years ago.”

In said interview, Godrich revealed that the band had worked on the song while recording 2003’s Hail to the Thief, 2007’s In Rainbows and possibly even 2000’s Kid A.

It’s a mystery why Radiohead have waited so long to release Burn The Witch – but no matter, it’s a welcome return.