Adele was today (May 19) named songwriter of the year at the prestigious Ivor Novello Awards, which recognise achievement in songwriting.

The Hello hitmaker was honoured for her multi-million selling album, 25, which was released last year.

The 28-year-old Londoner was unable to collect the award in person, as she is currently on tour in Europe.

But in a video message, Adele said he was “very grateful” to have won again.

“I won it on my last album as well… but I was secretly pregnant, so I didn’t enjoy the night too well,” she added.

“To win it this time is truly, truly humbling.” 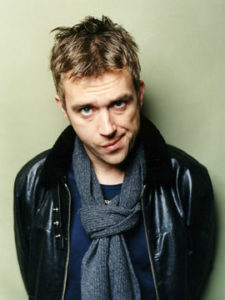 Graham Coxon, collecting the award on behalf of his Blur bandmate, said 48-year-old Albarn had already “fitted in two lifetimes of work… so far.”

The award for best song musically and lyrically went to Wasn’t Expecting That by Jamie Lawson, who beat off competition from Wolf Alice and Ed Sheeran.

The classical award went to Oliver Knussen, who wrote and conducted his first symphony at the age of 15 and has been a champion of new music ever since.

“After 30 years, to finally be recognised for writing a song – it feels great,” frontman Shaun Ryder told the BBC.

Songwriter of the year: Adele