Speaking ahead of their eagerly-awaited gig at the Usher Hall in Edinburgh this Saturday (March 26), Alex Turner has said The Last Shadow Puppets might release two more albums – but they haven’t decided yet.

Previously, Turner said they were intent on releasing a trilogy of albums, but now he’s hinted that they may end up extending it to a fourth release.

In an interview with Chris Evans on his BBC Radio 2 Breakfast Show this morning (March 23), Turner claimed “We’re either going to make it a trilogy or a four-part drama,” adding, “I haven’t decided yet.”

The duo will give tracks from the new album an airing at Saturday’s gig in the Capital, which is already sold out. 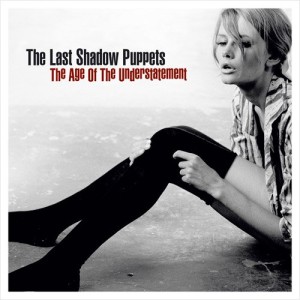 The Last Shadow Puppets’ current tour sees them playing their first live dates since promoting their debut album, The Age Of The Understatement, in 2008.

Turner went on to describe his appearance on Evans’ Breakfast Show as “some sort of graduation”.

He said: “I’ve don’t think I’ve been on Breakfast Radio 2 before… Does this mean I’m not as wayward and unpredictable as I was when they kept me after the watershed? Dunno how I feel about it.”

The Last Shadow Puppets’ new single, Aviation, is currently AAA’s Hottest Record Of The Week. You can hear the track below, alongside the band’s recent comeback single, Bad Habits.

Speaking about the new album recently, Turner said: “I think the last record ended up being just one thing.

“We talked about Scott Walker a lot and our record became perceived as a homage to that sound. This one, in my head, doesn’t wear its influences on its sleeve as much as the first one did.

“We were definitely listening to a bit of Isaac Hayes this time, but it was less of a big deal.”

Kane added: “At that time [of the first album], all that stuff was new to us. We were discovering it for the first time. This time, it was just songs that we were buzzing off that we were inspired by.”