Rapper Azealia Banks has issued an apology following last week’s racist comments about Zayn Malik that led to her getting suspended from Twitter.

The 24-year-old New Yorker had her account suspended by the social media site days after she levelled racist insults at the former One Direction singer in a row over his new music video. 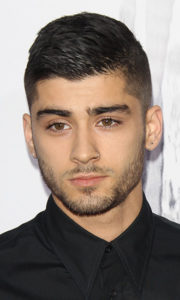 Banks accused Malik of copying her ideas for his video for Like I Would, claiming it was similar to her video for Yung Rapunxel.

Watch both videos below.

In her tweets, Banks called Malik, amongst other things, a “hairy curry scented bitch”.

Banks also slammed his time in boy band One Direction.

She wrote: “Keeping sucking this young rapunxel d**k u hairy curry scented b**ch. Imma start calling you punjab you dirty b***h. You a d**k rider for real. Ride this d**k until the wheels fall off Punjab.

“You were the token brown boy. All those white boys in 1D disrespected you and made you their PET. You were only apart of 1D to draw brown attention. You are and ALWAYS will be a TOKEN to the UK. I eat sand for breakfast and suck d**k for dinner. (sic)”

Having initially refusing to apologise (“Not sorry I said it. But sorry for the way I made people feel,” she previously wrote), Banks has now issued an apology to her Instagram account.

It reads: “Dear World, Now that the immediacy of the infamous incident has worn off, I’ve had some time to decompress & take a more rational assessment of things.

“I want to extend my sincerest apologies to the world. Employing racial/sexual slurs/stereotypes in attempts to make fun of or degrade another person or group is absolutely unacceptable and is not fair or fun for anyone.

“Allowing my anger to get the best of me, I’ve managed to insult millions of people without reason. And for that I give my deepest apologies.”