With the recent announcement about the much-anticipated return of The Bay City Rollers – Rollermania is back in full swing.

As reported, the Rollers will play the Capital’s Usher Hall on December 27 and 28, having already sold out four gigs at Glasgow’s Barrowland.

And now, a Salford man has written a film script about the Edinburgh pop sensations, which he hopes will soon be turned into a hit movie.

Former drummer and joiner Allan Birkin has penned a love story set around the rise and fall of the former teen sensations, who, for a short but fervent period in the 1970s, were one of the biggest bands on the planet.

With the band set to spark a new era of Rollermania when their tour kicks off this Christmas, Birkin is hoping his script will be snapped up by film giants.

“They were far bigger than One Direction,” Brikin told the Manchester Evening News. “Their music wasn’t for me but you can’t knock what they achieved. They caused mayhem and thousands and thousands of young women idolised them.

“I have always wanted to put pen to paper and the love story spans five decades – starting when a couple are aged 13, and the Rollers are just taking off.

“There is a scene when girls are queuing to get in to the Granada Studios for the filming of Shang-A-Lang – the band’s television programme.

“The couple end up together and in later life they are going to see Les McKeown – the Rollers’ lead singer – and his version of the band in present day.”

According to the report, the script follows the demise of the Rollers, which ended with them parting ways and a long, still unresolved court battle to get millions of pounds in royalties owed to them. 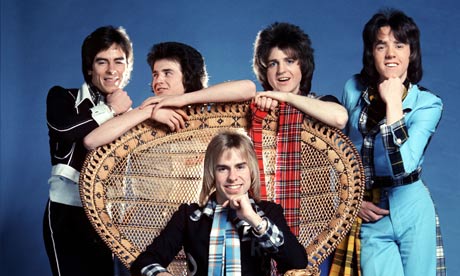 Birkin, however, admits the timing is less than perfect, as last month three of the original band – Les McKeown, Alan Longmuir and Stuart Wood – revealed a reunion.

“When I found out about the reunion it dented me a bit,” said Birkin. “If they had waited a bit longer and the film had been made, and the court case had been settled they could have gone global again with a world tour.”

Manchester-based Chicca Chicca Productions have shown an interest in making the film, but Birkin, 55, added: “What I need is one the big boys, like Sony or Universal to agree to distribute it.

“It is a feel-good film. it would include songs by the Rollers, obviously, and original tracks. I can visualise every scene and see it becoming a reality.”