Ben Montague is a singer-songwriter, and co-owns an acclaimed custom guitar business, The North American Guitar, in Fulham, London. Last month, Montague released his third album, Back Into Paradise, which has been described as his most lyrically raw and moving, anthemic and beautifully produced release to date. On Sunday, August 2, Montague plays at Hard Rock Rocks Edinburgh, a three-day music festival in St Andrew Square Garden. AAA caught up with the singer earlier this week.

Your third album, Back Into Paradise, was released last month and was produced by Peter John-Vettese (a good Scotsman), who has worked with some massive artists over the years. What was it like working with him?

It was an amazing experience working with Peter again. We worked on my first album and recorded ‘Haunted’ together back in 2010. He and I have tried several times to get back into the studio, but both our diaries could not match. This time round they did, so we jumped at the chance. He was a huge inspiration to me on this album and helped me shape the sound I was going for. We would spend hours playing songs that inspire me and go through each of the songs I had written for the album and work out the exact sound i wanted. Then we would play around with different sounds, instruments and arrangements until we where both happy.

Yeah, I was seriously lucky to work with Jake and Tony on this album. Jake and I had worked together on my first album ‘Overcome’ back in 2010. Again, similar to working with Peter, I wanted to get back to my roots and team up with old friends and create a record I was totally in control of. Jake, as you can imagine, is a seriously busy guy after the success of Ed Sheeran, so pinning him down for a day was tough. One day he called me up and said … “hey, I’m free tomorrow if you’re up for a session…” So I literally jumped at the chance. We wrote a song called Serendipity together, which is about making your own luck in life. I turned up to the studio with a chorus idea and from there we wrote the song in about two hours. He is incredible and a lot of fun to work with. He had me playing all the parts on the demo from guitars, keys to even bass (which I am terrible at).

Tony and I teamed up a few years back and wrote The Meaning. It was a song I loved but didn’t make my last album. So this time round I decided I wanted it on. I re-recorded it with Peter and got the incredible Robbie Macintosh to play guitars on it with me. Robbie is John Mayer and Paul McCartney’s guitarist. Literally the best player I have ever witnessed, and so honoured to have him on my album.

The album was crowd-funded – was this an easy thing to do, and how long did it take to get enough cash to put the album together? What are the plusses and minuses of crowd-funding, and is it something you think you’ll do again?

Absolutely. Pledge was one of the best experiences in my life. To have your fans help you fund your album and create it is an incredibly humbling thing to witness. We set out with a target and within a week smashed it. We ended up doubling our target and hit 214%. It is a lot of hard work and you (as an artist) have to be willing to put in a lot of time dedicated to your fans with regular updates from the road or studio – but meeting everyone was so cool. After all, these are the guys who buy my songs and help me continue to make music. I am forever grateful for having such a wonderful loyal fan base. 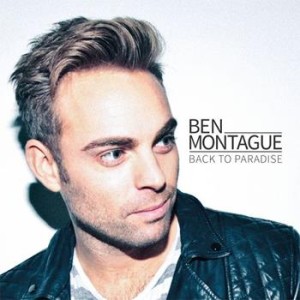 When did you start writing the album, and how does the writing process usually work for you?

I started in early 2014. I had come out of a tricky time and was a bit beaten up by the industry. If truth be told, I was not going to make another album for a while – but it was my fans who kept asking for one. And then after my grandmother passed away I thought I have to… so I did. For me, writing is a very personal thing and something I have to build myself up to. I tend to write loads of ideas and then sift through them one at a time to see if they are good enough or not. If something really resonates with me and a story or melody forms naturally and quickly then I know it’s good. I don’t like to bang my head against a wall for days on one song. If it doesn’t come out naturally then I bin it.

You’ve said in other interviews you wanted to draw on experience from your own life when writing the album, can you tell a bit about that?

Every song on this album comes straight from the heart and each song is about a life situation I have found myself in or people I found myself around – whether good or bad. I like to sing about things that are real, only because these are the sort of songs I like to listen to.  I couldn’t sing songs each night on stage that where not about my life or people in my life – I would feel I was tricking the audience. You want people to interpret the message of the song in their own way and interpret what you are singing about into their life. That’s what makes music so amazing.

You opted to put a Foo Fighters song on the album – apart from it being a great song, why did you decide to do that?

Peter and I had been speaking about doing a cover on this album. It was something I resisted at first as I write so many songs. But when I thought about it, I thought it could be cool. We decided whatever song we chose we would flip it and do the reverse of the original. So if up-tempo, turn it into a ballad or if a ballad make it up-tempo, etc. I was on tour and driving to Glasgow for a gig at King Tut’s and ‘Best of You’ came on my iPod. I love the Foo Fighters and love the song, and thought, ‘hang on, this could be cool’. The lyrics sit really well with me and I thought this would make an epic ballad. I called up Peter and arranged to get into the studio the next week. Went in and laid down a rough vocal. He said ‘give me a few hours’ and an hour later sent me a string score that literally blew my mind. And that was it…that was all we wanted. Vocals, strings and piano. I love it.

You own a guitar shop in London – how much time do you spend there, and is this something that came about before you started making music, or after?

Yeah I co-own a company called The North American Guitar. I’m there most of the days of the week when not in the studio or on the road. It is an incredible place to be every day and if you love guitars as much as we do then you are basically in guitar heaven! Come over one day and say hi!

You are a multi-instrumentalist – what instrument did you start out learning, and what age where you then? Were your parents musical? And did they encourage you do learn music?

My dad is a great guitar player and he gave me my first guitar at 14 years old. I don’t really class myself as amulet instrumentalist – I just play a bit of everything, but I am a lot better on guitar. Although having said that, I always want to get better – but finding time to practice is a challenge sometimes.

You’re coming to Edinburgh to play Hard Rock Rocks Edinburgh. Is it a city you know well, and what memories do you have of playing here in the past?

Yeah I played here a few times. Once on my own tour at Voodoo Rooms and once with Amy Macdonald. I love Edinburgh – it is an amazing city. Can’t wait to play on the same stage as The Feeling, Nina Nesbitt and James Walsh. Going to be great day.

What can fans expect from your set in Edinburgh?

A mix of some new songs of the new album, ‘Back Into Paradise’, and some old songs from my last album. I like to have a laugh, so I will probable chuck in a cover or two just to get them singing along.

You’re coming back to Edinburgh to play Sneaky Pete’s, which is a cool venue, but only holds about 100-odd fans – in October… do you prefer to play big spaces or intimate ones?

I do love the intimate ones. It is nice to make the performance as personal as possible and talk about the songs and where they came from.

You’ve had some big support slots over the years – who was your favourite act to open for?

Ah, I can’t answer that… they have all been amazing. Last year with Shane was a lot of fun and I got to make some really great friends. But all the supports I have done over the years have been brilliant.