Music fans in Edinburgh this Hogmanay will be encouraged to turn Concert in the Gardens into a sea of tartan – with headliners Biffy Clyro joined at the event by locals Idlewild and Honeyblood in an all-Scottish affair.
Cult rockers Biffy Clyro headlined the event back in 2010,  having gone from rock’s amiable underdogs to one of the biggest acts in Europe around that time.
The Ayrshire trio went down an absolute storm back then, and you’d expect them to have no problem repeating the trick this time around.
One native who’ll be delighted about the announcement is local pop princess Nina Nesbitt. Sadly, Nina isn’t playing the event, but she could be there as a fan, having told AAA just last week that Biffy would be her dream headliners for the event.

“We are so happy

to come out of

In a statement about their headline slot at Concert in the Gardens, Biffy Clyro said, “We are so happy to come out of musical hibernation to kick off 2016 with the show on Hogmanay.
“We want to rock off the cobwebs and prepare for the year of da biff!!  Nothing can compete with Edinburgh’s celebrations and we hope to make it a special night for everyone!”

Pete Irvine, director of Edinburgh’s Hogmanay, was just as excited as the band, saying, “We reckon it’s a real coup that Biffy have chosen Edinburgh’s Hogmanay not only for their first outing of 2015 but also to launch what looks like a very special year for them. 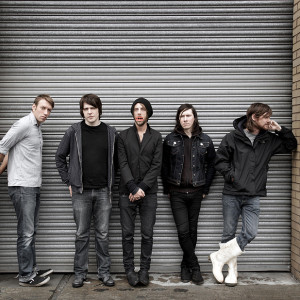 “Their stand-out performance two years ago headlining T in the Park reminded us that they are one of the most exciting live bands ever to come out of Scotland.
“Biffy have built a big international following and headlining an impressive Scottish line-up at Concert in the Gardens will please both the Scots and our audience who come from over 70 countries.”

Idlewild, right, are familiar faces in these parts themselves, having formed in the Capital some 20 years ago.
Roddy Woomble and the boys are no strangers to Concert in the Gardens either, having played the event back in 2007 on a bill that included Kasabian and Calvin Harris.
Opening the event will be one of the most exciting young bands around right now – Edinburgh-Glasgow all-girl duo Honeyblood, below.

As anyone who saw them warm-up for the mighty Foo Fighters at Murrayfield Stadium last week will attest, they know how to get a party started.
Councillor Richard Lewis, the city’s festivals and events champion, said: “Edinburgh’s Hogmanay is going back to its Scottish roots.
“Idlewild first formed in Edinburgh 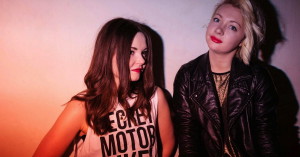 20 years ago and they are sure to be a huge hit with local fans in particular, while Scotland’s NME Award winning Biffy Clyro will help the city bring in the bells when they perform at the Concert in the Gardens.
“Coupled with the famous fireworks display, this year’s celebrations will yet again entertain thousands of people and get 2016 off to a spectacular start.”

Tickets for Edinburgh’s Hogmanay Concert in the Gardens go on sale on Friday, 25 September at 10am. To buy yours, visit www.edinburghshogmanay.com or call Edinburgh’s Hogmanay Box Office on 0844 573 8455. Tickets can also be purchased from the Hogmanay Box Office at The Fringe Office, 180 High Street, Edinburgh.
Tickets are priced at £55.00 (including booking fee) for the Enclosure, and £49.50 (including booking fee) for the Gardens.