Music industry seminar/social club Born To Be Wide returns to the Edinburgh International Book Festival on Tuesday, 18 August with a free evening of interviews and live music. The talk show is part of the Jura Unbound programme and is hosted by the event’s co-organiser, Olaf Furniss.

As well as featuring live performances by Ded Rabbit and Be Charlotte, guests on the night include broadcaster, TV executive and former NME writer Stuart Cosgrove, and music journalist Wyndham Wallace, who will be reading from his book Lee, Myself and I, an account of working with producer and composer Lee Hazlewood, above, best known for penning the Nancy Sinatra hit, These Boots Are Made For Walkin’. 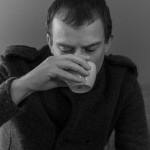 AAA caught up with Wyndham Wallace, pictured left, for a chat about Lee Hazlewood…

Lee’s best known for his work with Nancy Sinatra: he produced and wrote many of her greatest hits, most notably These Boots Are Made For Walkin’ and Some Velvet Morning, but his songs have been covered by countless artists of a diverse nature. Elvis Presley? Lana Del Rey? Dean Martin? Jesus & Mary Chain? Nick Cave? Primal Scream and Kate Moss? Diana Ross & The Supremes? Yep. They’ve all recorded his songs.

In addition, Lee was also the man who discovered Duane Eddy and together they invented the ‘twang’, the guitar sound which helped shape rock ‘n’ roll. He also offered Phil Spector his first proper break as an intern.

So where have you heard his music? Pretty much anywhere you’ve ever been! It’s just that his most successful stuff was recorded by others, and they tend to divert all the attention away from him (something he also welcomed). Additionally, his solo stuff was a little more colourful, but you’d probably be surprised to learn you’ve heard some of that too. 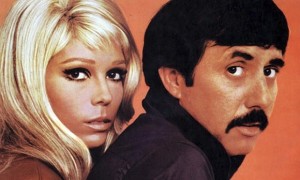 I was doing some work as a freelance music publicist in 1998, and was backstage after a Sonic Youth show when I heard their drummer, Steve Shelley, talking about Lee. As someone who’d spent the last few years trying to track down Lee’s records – which at the time was very hard since many of them were out of print, including even much of his work with Nancy Sinatra – it was exciting to meet another devotee. When Steve told me that he was negotiating with Lee to release some of these rare recordings, I offered my services as a PR. Several months later, Steve took me up on the offer.

Maybe it’s easier to say what they should not expect, and that’s a standard biography. Though Lee definitely deserves one, I felt that it would be much more interesting to write about the rather strange friendship that developed between us. I mean, I was a posh English guy in his mid 20s, and he was my hero, a grizzled, cantankerous, reclusive legend living in Florida. People like us aren’t meant to meet, and certainly not become so close.

So I decided to write about our relationship, and through that I attempt to tell the story of Lee’s life – often in his own words, taken from interviews we did – by relating many of the tales he would tell me about his career. But the title, Lee, Myself & I, should give away the fact that this book is about me as much as it is about Lee, and you don’t have to be a fan of Lee’s – or me, of course! – to enjoy it. In fact, I wrote it as much for people who’ve never heard of him as for those who are obsessive fans, like myself. So it’s a coming of age story, really, and a kind of love story too. It certainly seems to be quite successful at making people cry.

We All Make The Little Flowers Grow

Come On Home To Me 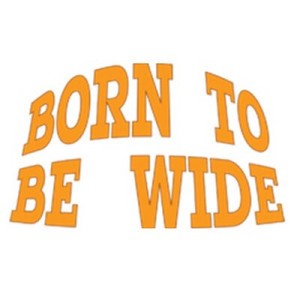 Born To Be Wide at Jura Unbound