Britpop legends Suede return to Scotland on February 8 for an exclusive performance at The Royal Concert Hall in Glasgow to coincide with their new album and feature film Night Thoughts, released on January 22.

A unique experience where Suede will perform the Night Thoughts in full, using the film as a backdrop during the first half before moving on to a traditional set.

Fronted by Brett Anderson, the band made a name for themselves in the early nineties with their self-titled debut album. Follow-ups Dog Man Star and Coming Up established them as one of the UK’s biggest and most important rock bands before they parted ways in 2003.

Since 2010, they’ve toured all around the world and played festivals like Glastonbury and Coachella. 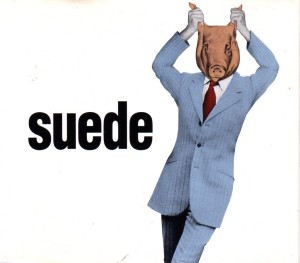 The news that everybody had been waiting for finally arrived in January 2013 – new music from Suede in the form of the excellent album Bloodsports and, on January 22, they are finally releasing another new album.

On Night Thoughts Suede’s worked with a full string section with the album produced by frequent Suede producer Ed Buller and the accompanying feature film is directed by the acclaimed photographer Roger Sargent.

A new chapter in the grand history of Suede and a one-of-a-kind opportunity to experience Suede’s Night Thoughts live at the classic Glasgow Royal Concert Hall, as well as the Scottish premiere of the accompanying feature film – and also enjoying highlights from Suede’s incredible discography, which includes hits such as Metal Mickey, Filmstar, Animal Nitrate and Trash.

From time to time, AAA Edinburgh like to bring our readers news of the best events outside the city.