Charlize Theron is becoming a bit of a petrol head, it seems. Hot on the heels of her action heroine turn in Mad Max: Fury Road, the Oscar-winning actress is joining the cast of Fast And Furious 8 – though this time she’ll be playing a baddie.

According to reports, the South African stunner had been in secret talks to take a starring role in the long-running franchise for some time – but has only very recently finalised the deal.

Theron joins Vin Diesel, Dwayne ‘The Rock’ Johnson, Jason Statham, Michelle Rodriguez and Tyrese Gibson in a film which, according to rumours, will follow on from the events of the seventh instalment.

In a post on the film’s official Facebook page, producers wrote: “Our crew will face its greatest adversary ever in our next film as we welcome Charlize Theron to the Fast family.”

The first film in the Fast and Furious series, The Fast and the Furious, was released in 2001 and starred Paul Walker, who tragically died in November 2013 in a car accident halfway through filming Furious 7.

Fast and Furious 8 is due in cinemas next spring.

Meanwhile, Theron has said she’s lost out on acting jobs in the past for being too “pretty.” 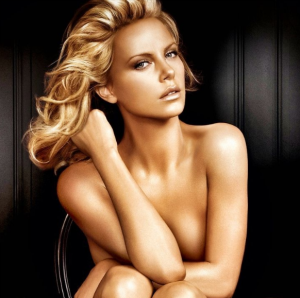 “Jobs with real gravitas go to people that are physically right for them and that’s the end of the story,” the 40-year-old told GQ. “How many roles are out there for the gorgeous, f******, gown-wearing eight-foot model?

“When meaty roles come through, I’ve been in the room and pretty people get turned away first.”