Withered Hand, aka Dan Willson, is a jewel in the crown of Edinburgh’s music scene. A great lyricist who can effortlessly tell a story, he’s frequently compared to Bob Dylan, Neil Young, Conor Oberst and, perhaps most often, Daniel Johnston. Truth told, there are myriad ways to describe this talented troubadour, but we think music writer Nicola Meighan’s description sums him up best, so we’ll go with that: “Willson is a curious pop disciple: a deadpan bard eternally vexed by the doctrines of God, the inconsequence of life, and the transparent nature of modern swimwear.”

The night of the [Scottish independence] referendum was pretty memorable. Such a strange feeling in the Capital. People out chatting on street corners.

Frightened Rabbit. They would be great for it. Anthems to fit the weather.

The Waverley Bar. It’s the best and worst bar in the city, at the same time. Terrible choice [of drinks] but who can argue with free crisps and that atmosphere. I love the old posters from Edinburgh festivals past all over the walls, and the eccentric staff. 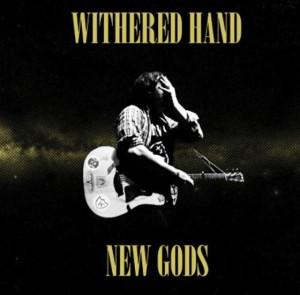 Does Sophi’s in Leith count as a style bar? If so, that.

First Coast is a great neighbourhood bistro for a romantic meal, but the whole family like the new China Red buffet restaurant up near the Corn Exchange – it is hard to fault if you are hungry.

Generally love it, as long as I’m not trying to get across town in a hurry. I’m glad it only lasts a month though.

Collective on Calton Hill is looking interesting in its new site for contemporary art. I also love the Belford Road National Gallery of Modern Art.

Dominion or Cameo – too hard to choose between them.

Up Arthur’s Seat and the along the [Salisbury] Crags as the sun sets. Never fails.

Stockbridge, for the charity shops.

The Castle – what a centrepiece for the city. It still catches me by surprise sometimes.

The explosion in the number of new luxury developments, when we need more affordable housing as well.

The Fringe – it has something for everyone.

Desc (formerly Khaya) – that’s an obscure one. Criminally overlooked, but a big part of my Edinburgh musical education.

Richard Holloway. Sometimes I see him walking his dog in Morningside. A great thinker and writer.