Mercury Prize-shortlisted art-rockers Django Django have said they are “dying to make another album already” – just four months after the release of their second LP, Born Under Saturn.

Due to a busy touring schedule, however, the band, who formed at Edinburgh College of Art, will not have the chance to record new material until February 2016.

“We’re dying to make another album already,” drummer/producer Dave Maclean told The Independent. “Concentrating on being a good live band had a bit of an impact on this record, but not as much as I would have liked.

“We had no time to record or jam, but enough to know how to do it better next time. And a lot of stuff on this album was a hangover from the first that didn’t get finished or had been on people’s phones or hard drives for four years. Now it feels like a clean slate. We can do whatever we want.” 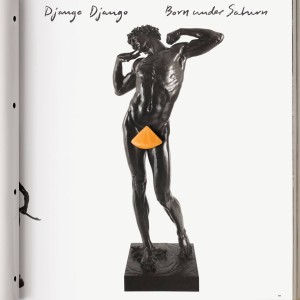 The London-based four-piece – two of whom are Scottish – also commented on the SNP’s historic landslide general election victory in Scotland.

It is important that, if the United Kingdom sticks together, it finds its left-wing voice again – and that’s important for Scotland as well,” said McLean. “I would rather the UK stayed the UK and became a socialist country. It’s split only because people in Scotland can’t really see that happening, especially after they felt screwed over by Labour.

“When I was younger the SNP were such a fringe party, it was only after Iraq and Afghanistan that they started to gain a stronghold, as the new left and the new voice of Scotland.”