EACH Edinburgh Festival, Evening News Entertainment Editor Liam Rudden chooses 15 productions to put on his #MustSee list.
In part two of a two part feature, here he highlights the final eight on this year’s list.
Follow Liam on Twitter @LiamRudden 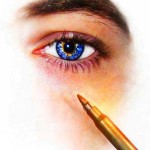 To Kill A Machine

A powerful love story lies at the heart of this play examining the life and work Alan Turing, the World War II cryptographer who questioned whether machines can think. This eye-opening piece is the story of Turing the genius, Turing the victim and Turing the constant, in a tumultuous world.
Zoo Aviary, Pleasance, 7-31 August, 8.55pm, £6-£9, 0131-662 6892

Ushers: The Front of House Musical 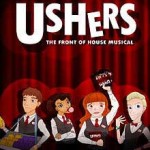 Set in a West End theatre, this musical scored well in London try outs recently.
Follow the lives of the stagiest people in theatre, the front of house staff, and uncover the stories of ice cream sellers who dare to dream.
Momentum Venue, St Stephen’s Street, 5-30 August, 9.30pm, £9-£15, 0131-516 2880 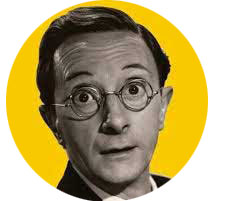 Charles Hawtrey spent a life on screen making people laugh. But away from the glare of publicity the troubled Carry On star proved a very different beast. In this one-man show hes he regales stories of 50 years in the film industry, of his hilarious run-ins with Kenneth Williams, his disdain of the Carry On film producers, and his complex relationship with his senile mother.
Assembly Hall, The Mound, 7-31 August (alterante dates), 1.40pm

Travel back in time with illusionist Paul Zenon.
Houdini’s right-hand man deals with the death of his boss. A half century later, a Blackpool joke shop proprietor takes on a wide-eyed young protégé.
An affectionate, semi-autobiographical look at a misspent youth and unsung heroes. A touching true story of interlocking lives.
Le Monde, George Street, 7-31 August, 3pm, 0131-270-3959 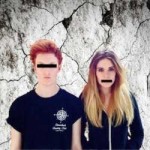 Will Merrick, star of Channel 4’s Skins and Richard Curtis’ film About Time, is becoming a regular face in the Capital at Fringe time. He returns this year in Wasted, which explores the grey area surrounding the choices that we make under the influence of alcohol, where a seemingly innocent night turns sinister the next morning.
Gilded Balloon, Teviot, 6-31 August, 12.15pm, £6-£11, 0131-622 6552

Headwig and the Angry Inch

The cult rock musical telling the story of Hansel Schmidt, a young man from East Berlin who seizes an opportunity to escape communist Germany by getting a sex change and marrying an American GI is back. Throw into the mix a nerdy teenager called Tommy, a major case of plagiarism and a seriously scorned Hedwig, however, and this story is far from what it seems.
Greenside, Royal Terrace, 7-29 August, 10.10pm, £8-£12, 0131-557 2124

Rodney Bewes: Whatever Happened To The Likely Lad 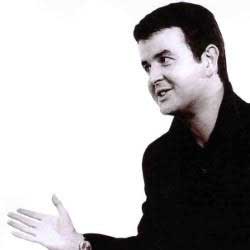 THE star of BBC’s The Likely Lads tells how, after an unlikely start, he was drawn into hilarious life adventures on screen and stage. A working-class boy from the North, he washed-up by night to study at RADA. In this Audience with… Bewes describe his laddish behaviour in swinging London with the biggest stars of the day and find out how he climbed Big Ben to hang knickers…
Assembly Rooms, George Street, 6-30 August, 4pm, £10, 0844-693 3008