EACH Edinburgh Festival, Evening News Entertainment Editor Liam Rudden chooses 15 productions to put on his #MustSee list.
In part one of a two part feature, here he highlights the first seven on this year’s list. 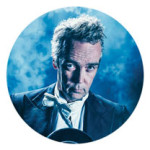 The original TV Rebus John Hannah makes his first Fringe appearance for 25 years in the UK premiere of Hristo Boytchev’s madcap comedy of illusion, The Titanic Orchestra.
Four tramps huddle together at an abandoned railway station, full of vodka-fuelled dreams of escaping on one of the passing trains. But the trains never stop. Until one day a dishevelled stranger is thrown into their midst. He claims to be the great illusionist Harry Houdini, and promises that together they will perform the most astonishing vanishing act the world has ever seen.
Pleasance Courtyard, 5-31 August, 5.25pm,  £9-£16.50, 0131-556 6550

An Audience With Jimmy Savile

TV impressionist Alistair McGowan leads the cast in Jonathan Maitland’s controversial play drawing extensively on material from genuine interviews, transcripts and TV shows as it explores the most shocking sex scandal of our time. 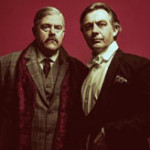 The Missing Hancocks – Live In Edinburgh

There were 102 episodes of Hancock’s Half Hour – but 20 recordings are missing from the BBC archives. Actor and antiquarian book dealer Neil Pearson rediscovered the scripts of the missing episodes, and last year re-recorded five of them for BBC Radio 4.
Now Kevin McNally, as The Lad Himself, Tony Hancock, brings the timeless 1950s radio comedy to life for a twenty-first century audience.
Assembly Rooms, George Street, 5-30 August, 4.15pm, £16, 0131-226 0000

MARTIN Hall is having trouble sleeping. Since fleeing from Belfast, his brothers have fallen in and out with the law, his mother has had her heart broken, and he’s struggled with his sexuality. Now he must relive it with a psychologist over one unforgettable hour.
This award-winning play sold out at the Fringe last year. Expect it to do the same this August.
Spotlites, Hanover Street, 6.10pm, 6-31 August, £10, 0131-226 0000 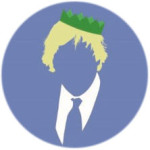 FRINGE favourite David Benson stars as Britain’s favourite comedy-politician in this new satire from award-winning writer Tom Crawshaw.
As he takes a quick summer recess from his two part-time jobs to present a play about his life – Eton’s Head Boy, Oxford Union President, and Mayor of London – Boris now eyes the biggest prize of them all … the Foster’s Comedy Award.
Pleasance, Courtyard, 1.45pm, 5-31 August, £8-£10.50, 0131-226 0000 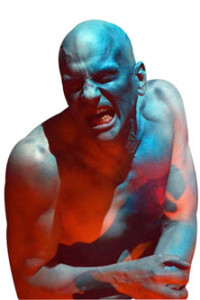 Mary Shelley’s Gothic classic has held generations spellbound.
In Lindel Hart’s thrilling new adaptation we are asked to, as we lumber headlong into a myriad of man-made crises, examine the monsters we create and the ones that live within us.
Greenside, Infirmary Street, 6.25pm, 7-22 August, £10, 0131-226 0000