The Edinburgh Jazz & Blues Festival, the annual curtain-raiser to the Capital’s summer arts extravaganza, announced its 2016 programme today – and it boasts one of its most diverse line-ups ever, with over 170 concerts in the ten days from 15-24 July across a range of Edinburgh venues.

Having enjoyed the best ever box office return in its 37-year-history in 2015, this year there are five major concerts at the Festival Theatre, with some of the biggest names from the worlds of modern jazz, blues and soul set to appear.

Among the highlights are the return of Jools Holland and his Orchestra, with special guests Pauline and Gaps from The Selecter.

Curtis Stigers returns with his own band after wowing us in our Sinatra special last year, and the festival also welcomes back Scotland’s top soul exiles The Average White Band in a bill that also features The James Taylor Quartet.

There will be rare Scottish concerts by two musicians who have been giants of world jazz for the last 40 years – John McLaughlin and Jan Garbarek.

Mclaughlin and Garbarek will be the headliners of a strong programme strand featuring jazz from Europe. 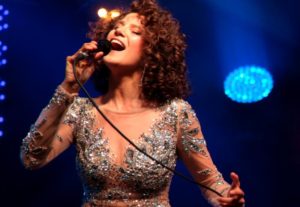 In addition to the concerts, Napier University will be hosting a conference on the last 50 years of European Jazz: “Continental Drift”.

There are a host of artists playing the Festival for the first time in 2016, many with exclusive Scottish or UK performances. 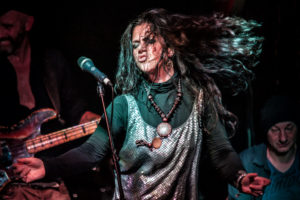 On the blues front, the festival welcomes one of the true giants of the contemporary scene, Lucky Peterson, while also giving debuts to the great vocalist/bass player from Portland, Oregon, Lisa Mann, New York vocalist, Sari Schorr, pictured, and the high energy showmanship of Californian Earl Thomas.

Scottish jazz will be well represented, as always. Pianist, Brian Kellock will feature in an Oscar Peterson style group, in duos with ace New York clarinettist Ken Peplowski and SNJO leader Tommy Smith, and in a quartet with saxophonist Alan Barnes.

Paul Harrison’s Sugar Work is one of the hottest new bands to emerge, and look out for features for Brian Molley, Fergus McCreadie, Freddie King, Graeme Stephen and Alan Benzie. 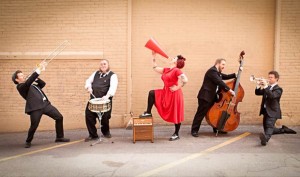 Davina & the Vagabonds, pictured, love Edinburgh – and the feeling’s mutual. She’s back for the first ever ten day residency at the festival.

Speaking about the programme for this year’s festival, Brian Fallon, Chair of Edinburgh Jazz & Blues Festival, said: “This year’s programme boasts a stellar international line-up,””with musicians converging on Edinburgh from all over the world to present over 170 concerts, plus the Festival’s two free events– The Mardi Gras and the Edinburgh Festival Carnival – will take place on the 16th and 17th July respectively”.

Tickets are available from midday on Monday 9 May: