It might seem premature to be getting in the festive spirit but the organisers of Edinburgh’s Christmas are hoping to incite some early yuletide cheer with the unveiling of this year’s programme.

It has been revealed that more than 60,000 lights will be installed along the Royal Mile as part of a vibrant new expansion to the festival. The Virgin Money Street of Light, a free but ticketed 20-minute show, will see the lights synchronised with music from a variety of local choirs including the Edinburgh Police Choir and the Edinburgh Gay Men’s Chorus. 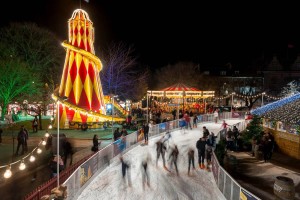 Superstar Susan Boyle will be in the city on 22 November to switch on the Christmas lights as part of Light Night, a popular event on George Street that is free to attend. More than 1,300 local performers will join the Britain’s Got Talent winner at the event, which is expected to attract an audience of more than 20,000 people.

The singer commented: “I am thrilled to have been asked to switch on the Edinburgh Christmas lights this year. I travel to Edinburgh to see the lights every year so to be in charge of switching them on is a real honour and I’m very excited to be taking part.” 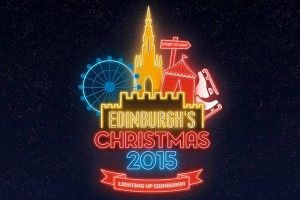 Edinburgh residents will once again be able to claim a 20% discount on all shows, rides and events.

Edinburgh’s Christmas runs from Friday, 20 November until Monday, 4 January. There will be 5,000 tickets for each performance of The Virgin Money Street of Light available from Wednesday, 21 October. To book yours, visit www.virginmoneystreetoflight.com