The full programme for the 71st Edinburgh International Film Festival (EIFF) was released this morning, with a host of stars including Kevin Bacon and Oliver Stone expected to attend.

At the launch, EIFF Artistic Director Mark Adams announced that this year’s festival will showcase a total of 151 features from 46 different countries including 17 World Premieres, 12 International Premieres, 9 European Premiers and 69 UK Premieres.

This year, the festival will host in-person events with Kyra Sedgwick and Kevin Bacon (Footloose), 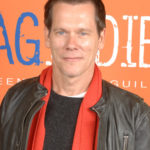 Mark Adams said: “We’re thrilled to finally be able to reveal all of the details of this year’s diverse programme. In the Festival’s 70th Anniversary Year, we’re proud to be showcasing some of the most exciting, accomplished material from around the world and are looking forward to hosting these talented filmmakers and artists when the Festival opens on 21st June.”

Other highlights include the World Premieres of Bryn Higgins’ Access All Areas, which stars Rizzle Kicks’ Jordan Stephens, Danny Huston’s The Last Photograph and Romans, which stars Orlando Bloom.

This year’s festival programme also features a strong and diverse selection of new documentaries, including the World Premiere of Teenage Superstars, which follows on from the EIFF Audience Award Winner 2015 and will take audiences on a tour of the pre-Britpop, Scottish music scene. Other titles include Becoming Cary Grant and Tokyo Idols, an eye-opening look into the uniquely Japanese phenomenon of ‘idols’.

Tickets for all screenings and events will go on sale at 10am on Friday 2 June through the EIFF website.  Filmhouse members will have access to pre-sale, which begins at 12pm today.

Olly Murs has announced a massive headline tour for 2021 – and