One of Ireland’s most successful recording artists of all time, Enya has sold over 75 million albums worldwide and won countess awards.

The singer’s new record has been kept under wraps until now, but Hot Press revealed recently that she’s been working on it since as far back as 2012, with producer Nicky Ryan and songwriter Roma Ryan on board once again. 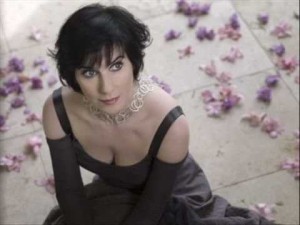 The album is inspired by Ryan’s poetry set around the island of Sark, and will be the first Enya record to be released on vinyl since 1992.

“Sonically, Dark Sky Island is a collection that’s both incredibly diverse and innately unified by the production: almost Spector-esque in its lavish, wide-screen multi-tracked layers of sound,” says the press release.

“Opening track ‘The Humming’ is an immediate highlight as it subliminally works its infectious magic within the course of a single listen.

“By contrast, Even In The Shadows pulses with an insistent rhythm; the hymnal I Could Never Say Goodbye is sparse in its reflective beauty; while Sancta Maria blends synthesisers and classical instrumentation to create an ethereal soundscape that comfortably sits in both the past and the future. It’s almost a history of sound encapsulated in four hypnotic and otherworldly minutes.”

“That concept can be demonstrated in The Humming, a song that muses on the cycle of the universe and how change affects everything. Such intergalactic exploration also extends to The Forge of the Angels and The Loxian Gates which continue the use of the Loxian language that Roma created and popularised with three songs from 2005’s Amarantine.

“It’s a futuristic narrative with a genesis that dates back to 1986 and Enya’s debut album/soundtrack to the BBC documentary The Celts,” concludes the statement.

Echoes in Rain the first single from the new album – listen below.

The full track listing is as follows: