Ewan McGregor has confirmed that the eagerly-awaited Trainspotting sequel will start shooting in May – and he says the script is “really, really, really good”.

The 44-year-old Scottish actor, who will reprise his role as Mark Renton in Danny Boyle’s film, said: “We haven’t started yet, we start shooting at the end of May. The script only arrived very recently, which was really, really, really good.

“I think, if that had not happened, none of us would be into it. I think we’re all sort of somewhat protective of what Trainspotting means to people, and what it means to us.”

McGregor, who has starred in diverse films such as Moulin Rouge!, Black Hawk Down and, most famously, as Obi Wan Kenobi in the Star Wars prequel trilogy, also insisted he wouldn’t have signed up for the sequel to the cult 1996 film if it hadn’t had an “extraordinary script”. 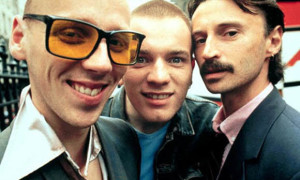 The actor, promoting new film Miles Ahead, told Collider, “None of us want to make a poor sequel to it. So had we not been presented with the most extraordinary script, which we were, I think we wouldn’t be making the sequel. But because we were, we are.”

Robert Carlyle – who will reprise his role as psycho Begbie – previously said he is “wary” of the new movie, but was also full of praise for John Hodge’s script, describing it as “one of the best scripts I’ve f**king read”.

“Yeah, we’ve already had a read-through of the script – we did that in the springtime,” said the 54-year-old. “You’re going to think, ‘Of course he’s going to say this’, but honestly, it’s one of the best scripts I’ve f**king read. I mean, EVER.”

Carlyle went on to say that the forthcoming sequel – which will also see Jonny Lee Miller (Sick Boy) and Ewan Bremner (Spud) reprising their roles from the original – will make audiences think about their own lives as the action takes place 20 years after the events in the first film.

“I’ve never seen a sequel that takes place 20 years after the original, so I think that gives it a certain unique quality,” said Carlyle. “And the way [screenwriter] John Hodge has put this thing down, obviously with the help of [director] Danny Boyle, is to make it about how the characters’ lives have moved on… or have they?

“Without giving anything away, maybe some of them haven’t really moved on. That’s what the audience is going to have to go through with them. I tell you, this film is going to be quite emotional for people. Because the film sort of tells you to think about yourself. You are going to be thinking: “F**k. What have I done with my life?”