Will Merrick is no stranger to Edinburgh in August. The versatile young actor, who shot to fame playing farmer boy/party boy Alo Creevey in E4’s Skins, performed at the Fringe in 2010 in a highly-acclaimed production of The History Boys, and returned the following year to take on the role of Charley in the Arthur Miller classic, Death of a Salesman.

In 2012, with No Prophet, the theatre company he formed with friends from school, he was back at the Fringe with Simon Stephens’ Punk Rock, and in 2013 he starred in Boys, written by Ella Hickson. Last year, the Herefordshire-born actor marked his debut as a director when No Prophet revived Irish playwright Edna Walsh’s dark, cyberspace chiller Chatroom.

Away from the Fringe, 22-year-old Will has appeared in Doctor Who, where he played a character named Brains, and he’s also appeared on TV in an episode of Coming Up on Channel 4 and guested in the BBC’s fantasy series Atlantis.

Will has also starred on the big screen, in the Richard Curtis film About Time.

He returns to the Fringe this year in Wasted, which explores the grey area surrounding the choices that we make under the influence of alcohol, where a seemingly innocent night turns sinister the next morning.

AAA caught up with the affable actor earlier this week.

It’s been amazing! It’s an absolutely buzzing year – loads of people into the theatre scene and great shows to experience.  Our audience response has been so engaging so far, with people really connecting to the piece and being inspired to debate the topic with us and the audience around them… so exactly what we are aiming for, really.

I’m in a new piece called Wasted by writer/director Kat Woods. Kat wrote Belfast Boy for the 2014 Fringe and actually won the Fringe Outstanding Theatre Award and The Stage Award for Acting Excellence.

Wasted explores how the idea of ‘consent’ is often blurred within our ‘casual-sex happy’ culture. Consent seems to be an agreement that is so often assumed rather than vocalised – especially when coupled with binge-drinking. Based on real events, the play displays the complicated repercussions of a one-night stand and the rise of sexual-assault claims in our youth culture.

Wasted forces the audience to make a judgement. Where are we going wrong? What needs to change? Is there anyone in particular to blame? How long are we going to leave this issue unchecked? 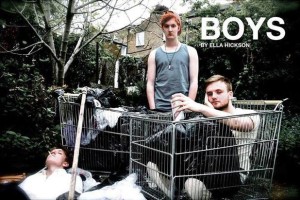 The idea for Wasted actually came from discussing this idea of ‘nonconsensual sex’ with friends of mine – sex which falls between consensual sex and something more sinister – but not exactly either. Everyone I spoke to either knew someone who had experienced something similar (or something far worse) or had been through it themselves.

Kat took on this idea and went on her own quest to find the questions that need to be answered. And so she created a show that is based on people’s personal experiences of the topic.

It’s amazing and daunting to have so many audience members coming out and admitting to their own similar experiences of the topic. It just shows that something needs to change and we need to try and inform and help our younger generation to respect the delicacy of consent and the inhibitions of the people we encounter in life. 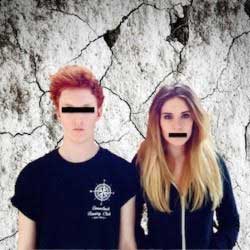 Because I believe this is a subject that isn’t discussed half as much as it should be – or at least not with an aim to change anyone’s approach. I know that I was given plenty of information of the biological nature of sex at school but very little advice on the social/emotional side of sex. On how to safely and respectfully acquire consent and how to judge a situation where people are saying very little but thinking a lot on the inside.

Wasted looks at the issue from both sides of the table  – male and female – and encourages its audience to engage and, more importantly, respond.

Belfast Boy is back up this year, and if you didn’t catch it before, it’s a must-see. No Prophet Theatre has a second piece of new-writing by the Royal Court-credited Holly McKinley, which is at Bedlam at 9.30pm. It’s a really thought-provoking piece about contrasting race and religious beliefs in a south-east London state school. 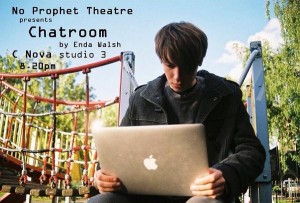 Late wake up, beer at Assembly Gardens, Mussel & Frites bar, and a cheeky cabaret and a night cap at Cabaret Voltaire.

I like that baked potato shop next to the Royal Mile. It’s mind-altering spud fun.

In show terms: A Rap Guide to Climate Change. It does what it says on the tin – but it’s amazingly inventive.

In life terms: My roommate plays his guitar using only his need to be loved.