A Fringe institution since 2004, raven-haired half-French, half-Irish chanteuse Camille O’Sullivan is at her sensational best again this year, wowing The Queen’s Hall with her vaudevillian singing style and dramatic interpretations of the songs of the great Jacques Brel. AAA caught up with kooky Camille on a taxi ride through the Capital to see how she’s enjoying this year’s fest.

I’m an emotional wreck at this stage –  but it’s been wonderful. Usually I do the whole month, but I decided to make a more intimate show over six days this year. It’s really amazing after 11 years revisiting where I started off – in 2004, in Edinburgh. It’s a nice mixture of terrifying and fantastic. That’s what it is.

It was a big psychological step to go from Dublin to Edinburgh. It was like ‘wow, I can perform in another country – but am I good enough?’ It never leaves you that kind of fear. It actually gets a bit worse because you have to prove yourself more each time. This is the most critical place you’ll end up performing, and you have to create a new show every time you come. To take a risk is not a comfortable thing as a performer, but that’s what pushes you to create something exciting. You need a lot of whisky to get through the season!

Well, we’re revisiting the past. I used to be an architect and Brel was pretty much one of the reasons I gave up my career. My mother was French and she had brought us up on that music. So I started with Brel and then I started adding more contemporary music – Nick Cave, Tom Waits, and then getting a lot more rocky with Arcade Fire and Radiohead. I thought let’s go back to discover this incredible artist. [Brel] is the best writer for character, narrative storytelling, and I thought can I revisit that? The most interesting thing is I’ve gone through my meltdowns and my break-ups with people and my life has gone up and down and also the songs have changed because of who I am now. So I’m revisiting that part of my personal life, and also the professional part of myself in that how I arrange music has changed over the years. I’m more clear on that now. The first night, we opened the show the way we used to open it, then I thought I’m going to totally take a risk and open with an a cappella Marieke – this is the most terrifying thing I’ve ever done and I’m quaking when I’m doing it. It’s either horribly wrong or it’s the right thing. You know when you’re taking a risk, so I felt ‘just do it’. I’m happy I took the risk. And crucially, people still seem to be happy at the end of the show!

It’s that one – Marieke. It’s Flemish, it’s enigmatic, it’s passionate. It’s about inhabiting a song. It’s emotional. I used to sing it with a band but, like I found with Amsterdam, I had to take the band away and then I could really,  you know, get the measure of it… take the rhythm out of it and kind of sing-speak it, which is what I love doing, really telling the story. Sometimes music has to take a wee bit of a back seat, when it’s not rocking out. That song is about loss and yearning. I’m quite an emotional person. I’ve got the black humour but I’ve also got the melancholy in me, so things like Ship Song and Marieke are the ones that the show is really about.

This is music I have loved. I’ve maybe only done three or four of his songs over the years, but I hadn’t gone back to revisit them. His music is timeless. Someone asked me the other day what does that mean. I thought about what timeless means, and it’s where something is spirit. Without sounding, you know, all New Age about it, when you see Brel it’s hard to think that he’s dead because he’s SO alive in his performances. You cannot go 60 per cent on a Brel song – you have to go 100, if not 150 per cent. That’s the reason I’m a wreck at the end of the show. Three songs in a set kills you with Brel, but then 14! Absolutely! You’re there at five in the morning going ‘I can’t go to sleep!”. But it’s a beautiful world to invest yourself in. It’s a bit like if I’d done Shakespeare years ago I’d probably try and look at it differently now. That’s basically what I’ve done with the Brel thing. Not saying that I sing it better now, but I’m just trying to unlock something that I might not have understood 20 years ago or something. 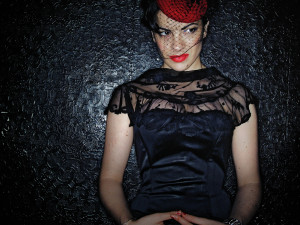 Because I’m bonkers. I say that tongue in cheek but Brel’s music is astonishing.  It’s a chameleon-type show and I’m a big lover of live performance… of taking a risk… of bringing people on a journey, the madness and joy of life… I think it’s about being a child in a way when you go on stage. I want to be uninhibited, and I want the audience to be uninhibited, too. Maybe there’s some songs they warm to more than others, but it’s about taking them on this fantastic journey. I just think let your inhibitions go, have  a glass of wine, enjoy yourself… immerse yourself in beautiful music that, really, is about the human heart and soul. Nobody needs to go and see a therapist – they just need to go and see a Brel show.

I have. It’s a funny one because you’re very vulnerable. I think people think you’re like this lion on stage that’s like, ‘Hey, I’m sure of what I’m doing’ – but you’re never even confident of the things you do yourself. I did see that [copying] happening and also people singing the same songs and that makes it very vulnerable for you, because you have to write your own music and start wearing dungarees the next year to change the whole thing. I spend a long time thinking of how to do shows, and I’m very inspired by others – but I’m very careful not to take too much, because it has to be your own thing. I think there’s a lot of people out there who might have, like me, seen something they like. And they’ve inspired me in return. I think what unnerves me is when they take specific unknown songs and then people think you’re copying them. I think it’s brilliant that there are other performers out there doing that kind of stuff, and when it’s all different it’s great. 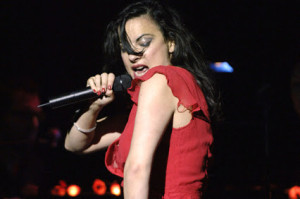 Jack L – he’s a good friend from home. He’s on at the Spiegeltent. There are others too, I just can’t think off the top of my head. I’m going to start exploring everything on Monday when I’ve got time off.  There are loads of people who are fantastic talents who come back again and again, so I just need to open the brochure and discover. What I do is the word-of-mouth thing, because that’s how you find out, through your friends and stuff.

Sometimes I like to go down to Leith. I like to go to the Botanic Gardens, to the Meadows, and Valvona and Crolla, the Italian delicatessen. I like to take the walk up the Mound. I think it’s the most beautiful city and when I first came here it was as if it was carved out of rock, like an Escher painting that was upside down or something. It’s a magical place and you feel like there’s this fairytale going on. What’s nice is living in a different part of Edinburgh every year and getting a different feel for it. I think it’s really important to explore it and also to get away from the Festival too. I’m also going to catch up with all my Edinburgh friends, and all the Irish actors next week… this is the safe week to go out on the tear.

There’s so much madness here that if you don’t see madness you think there’s something wrong. I don’t know. But I’ve been electrocuted on stage, so I’ve gone through quite a lot. The maddest thing I’ve ever seen is probably my own show, recorded and played back to me.