Glenn Wool loves a good pun, and the more cringeworthy the better. Of course, there’s vastly more to his comic art than double entendres – you won’t find a sharper or funnier comedian on the Fringe.

“I try to keep a liberal view of the puns, although I try not to put too many in,” says Wool. “There’s all different kinds of comedy, and I see myself as an all-rounder. But it is actually a good way to mask a punchline if you get people thinking ‘This might be a pun, I have to prepare myself for that’. It’s sort of like brain boxing, you can’t defend yourself from everything.”

The Canadian has been a regular visitor to Edinburgh in August since the late 1990s, and he’s done hundreds of shows here. He’s a veteran of many long Festival campaigns.

“The more you do it the more you realise it’s finite,” Wool says. “As a younger man I thought it never ended, but you can’t do it forever. You can hear the croak in my voice – I have just screamed too much in my life… I’ve got these voice nodules and if they flare up that means I just have to sit in my flat and twiddle my thumbs before the show, because if I go outside before the show I’ll just end up talking to everyone.”

Like other practitioners of the art, he’s always filtering news and events and meetings for material, but he’s fortunate to be prolific. However, he says comedy can have its downsides.

“I’m not sure how emotionally healthy it is, because you’ve always got one eye on the notepad. You get told a family member is ill and you think ‘Where’s the funny in this?’ One of the biggest laughs I’ve been getting in the show this year, it’s a true story… my aunt was very, very sick and went into emergency surgery, and I twist it around for laughs.

“I think my comedy has evolved though. I now think back of topics that I tackled in the past with perhaps not enough life experience or delicacy, and anybody watching that had to go ‘Well that’s a 25-year-old man, he’s allowed to make mistakes’. But I also look back and I’m very proud of some of the stuff that I wrote when I was a younger man.” 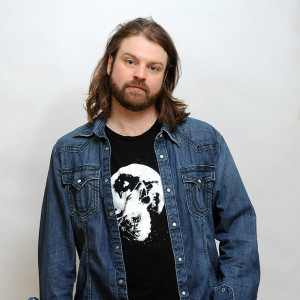 Wool is also a good friend and collaborator of Scottish comedian Frankie Boyle’s, and the pair have recorded informal comedy albums masquerading as podcasts.

“We met on the circuit originally,” Wool says of Boyle. “We were always good friends, and I did a bit of writing for him on Mock The Week. But I’m not good at writing for other people – I’m also far too lazy to let my jokes go. He’d always wanted to do a project with me but knew how hard it was to make me sit in one place and do something. It was just the loosest of things, he goes ‘Come to Glasgow, I’ll set up a microphone and me and you will make jokes and I’ll put it out for free on the internet’. I thought, ‘I can do that, if it’s just me sitting in a room speaking I’m sure I can handle that’. Those albums – we call them albums, by the way, ‘podcasts’ is for the kids – are some of the stuff I’m most proud of. Frank might be the smartest guy I know, and if he wants to sit in a room with me and make jokes I’m all down for it.”

As a seasoned visitor to Edinburgh, Wool has seen most of what the city has to offer.

“The cliche is I love walking up Arthur’s Seat. Every city should have one, just this mountain range in the middle of everything! I’ll also say this, when I first started coming to Edinburgh about 17 years ago you had maybe two good restaurants, and now there’s like 30. I don’t know how you did it –  you had an international festival in your city and still couldn’t tempt anyone to stay and cook a proper meal, it was baffling! In my eyes anyway. That’s not a slight on Scottish cuisine, I do actually like it, but the international cuisine took a while. And your late-night eating abilities were very suspect. There was one bakery that had a lineup so long you’d think, ‘Are the Rolling Stones playing in there? No, no, a late-night pie or a loaf of bread is the thing!’ So you’ve come a long way.”