YouTube sensation Jon Cozart has hit three million subscribers to his channel whilst wowing audiences at his Fringe show.

Fringe With Benefits Productions are delighted to be producing this exciting show, Laughter Ever After, which has proved a hit with festival goers since opening in Edinburgh this month.

Cozart made his name through his online videos that have gone viral and are a hit with viewers around the world.  His first hit was Harry Potter In 99 Seconds but his most popular to date is his take on the Disney Princesses and their life After Ever After. This clip has had nearly 50 million views.

Cozart’s own YouTube channel, under the name of Paint now has 3 million subscribers. His subsequent Videos After Ever After 2, Progressive Christmas Carols and Movie Villains have all reached a six-figure worldwide audience. 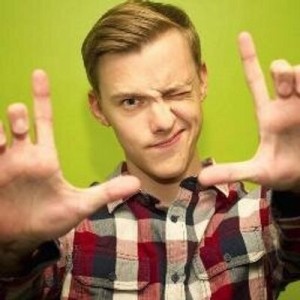 At just 23 years old and a Film Majors student at University in Austin, Texas, Cozart graduated this summer before heading over to Edinburgh for this year’s Fringe Festival and his first ever live show.

This is also Cozart’s first visit to Scotland and he’s loving his Fringe experience.

“Whilst I’ve been performing here in Scotland, I have racked up more subscribers to my channel, allowing me to hit this milestone, he says. “I am beyond thrilled!

“I’m so excited be in Edinburgh for the first time. In fact, I’d never been to the UK at all, so the Fringe is the perfect excuse to broaden my worldly horizons.

“I’ve always dreamed of writing my own show and performing live comedy. YouTube is nice because I get as many takes as I want, but a live audience is a different animal. I couldn’t be more excited to share my stuff with a couple hundred people a night. So far the reviews have been very positive and I’ve not had any rotten tomatoes thrown at me!

Plus… I’ve fallen in love with the accents here. Scottish accents are to die for. This is every American’s dream.”