Hot pop property Gabrielle Aplin, whose second album Light Up The Dark is currently riding high in the charts, has announced a UK tour next year – which includes a stop off at Edinburgh’s Liquid Room on Monday, February 1.

The 22-year-old, who initially shot to fame covering other artists on her YouTube channel and became a household name when her rendition of Frankie Goes To Hollywood’s hit The Power Of Love was used on John Lewis’s 2012 Christmas advert, has blossomed from a teen sensation into a talented singer-songwriter since signing a record deal with music industry giants Parlophone. 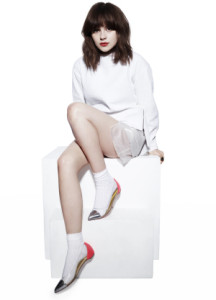 What followed was 63.5 million Spotify streams, 80 million YouTube views, 1.5 million singles sales, a UK No.1, two Australian chart-toppers, superstardom in Japan and a gold-selling debut album in this country.

“I never expected that uploading videos online would have led to all of this,” she says. “My advice to anyone who wants to get their work seen is to really shout about yourself on as many different social platforms as humanly possible – no one’s going to do it for you.”

Following a sell-out world tour, Aplin returned earlier this year with sophomore album Light Up The Dark, which is a more pop-oriented record than her acoustic debut, English Rose. 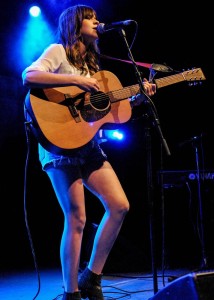 “I think it was when my album went to No.2 – that’s when I had an inkling things were going well, which really surprised me,” adds the modest singer, who says she still doesn’t feel like a celebrity. “I had an online following before I was signed to a label, but really, I didn’t know what it all meant. Now I just feel like I’m doing what I should be doing.”

At Liquid Room in February, fans will hear the hits Please Don’t Say You Love Me, Panic Chord, Home, Salvation, Light Up The Dark and Sweet Nothing.