Garbage, the American-Scottish alt-rock band fronted by Edinburgh-born singer Shirley Manson, have revealed that their sixth album, Strange Little Birds, will be released on 10 June.

The four-piece of Manson, Steve Marker, Duke Erikson and Butch Vig have only released one record since 2005, their 2012 offering Not Your Kind Of People, with the band going on ‘hiatus’ periods either side of the fifth album’s release. 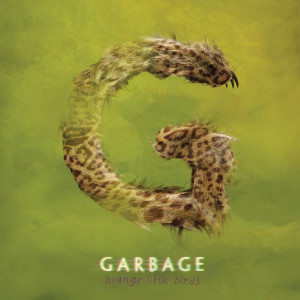 Strange Little Birds will be released on the band’s own label, STUNVOLUME, and is said to include reference to fan mail they’ve received as well as the music they listened to growing up.

“To me, this record, funnily enough, has the most to do with the first record than any of the previous records,” says Stockbridge-raised Manson. “It’s getting back to that beginner’s headspace. In part, that’s a result of not having anyone to answer to.”

Garbage played a sell-out gig at Edinburgh’s Usher Hall in November to celebrate 20 years since the release of their four-million-selling debut album, which was released in August 1995 and went on to sell over four million copies worldwide, buoyed by the now-classic hits Only Happy When It Rains, Stupid Girl, Vow and Queer.

As well as the new album, the band have also promised further live dates to add to the current European tour, though it’s not clear if they will be returning to play in Edinburgh this year.

The full tracklisting for Strange Little Birds is as follows: