Staff at Hard Rock Cafe Edinburgh will be dusting down their catsuits and donning fake moustaches to become Freddie For A Day on Saturday, 5 September, to raise funds and awareness for the Mercury Phoenix Trust and the fight against AIDS and HIV.

Freddie For A Day, now in its fifth year, is a fundraising initiative of the Mercury Phoenix Trust, which encourages friends and fans around the world to spend the day dressed as Freddie Mercury on what would have been the music legend’s birthday. 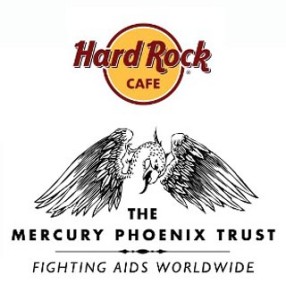 “Hard Rock has long been associated with the rock legends and their charity, raising hundreds of thousands of dollars through the sale of a Queen Signature Series T-Shirt and even setting up a ‘mobile’ restaurant backstage at the Freddie Mercury Tribute Concert at Wembley Stadium in ’92.

“Each cafe throughout Europe will be encouraging local Freddie fans to visit dressed up as the icon and to help raise funds for this great cause.”

For one day only, customers and staff at Hard Rock Cafe Edinburgh are invited to join in on a day full of Queen music, moustaches, Freddie costumes, music quizzes and a day of fun.

A collector’s edition Freddie For A Day pin is also available from the Rockshop while supplies last. Additionally, 15 percent of pin sales will benefit the Mercury Phoenix Trust. 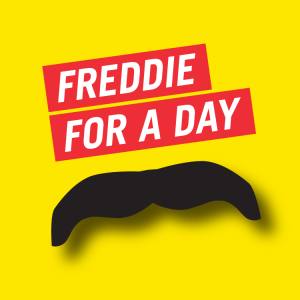 Claudia Walker, of the Mercury Phoenix Trust, said: “Freddie For A Day is a global AIDS fundraising and awareness campaign, enabling fans around the world to help the Trust in its work and have fun whilst doing so.

“Our partnership with the Hard RockCafe will further raise the profile of Freddie For A Day as we join forces in many cities to celebrate Freddie’s life and help those less fortunate to fight this terrible disease which ended his life.”