The Bay City Rollers may have buried the hatchet and announced their big comeback, but don’t hold your breath waiting for Simon & Garfunkel becoming the next big reunion you read about.

Their acrimonious split in the 70s shows no signs of abating, with Art Garfunkel describing his former collaborator as a “monster” recently.

Proving there’s no love lost between the pair, Garfunkel went on to brand Simon an “idiot” and a “jerk” for calling time on their hugely successful musical partnership at the height of their fame.

It is, however, a huge consolation to fans that both are still doing the live circuit – albeit not together. Simon, of course, recently toured with Sting, while Garfunkel is currently out on the road with a UK tour, which comes to the Usher Hall on Thursday, 24 September.

Despite their fractious relationship, Simon & Garfunkel have collaborated a few times over the year since their split, and the latter still has hopes it will happen again.

“Will I do another tour with Paul?” he said in a recent interview. “Well, that’s quite do-able. When we get together, with his guitar, it’s a delight to both of our ears.

“A little bubble comes over us and seems effortless.”

The duo – famous for a string of worldwide hits including the classic Bridge Over Troubled Water, Hazy Shade of Winter and Mrs Robinson, to name just three of many parted – ways in 1971, and Garfunkel admitted he’s still miffed at his ex-bandmate’s decision to walk away from the group. 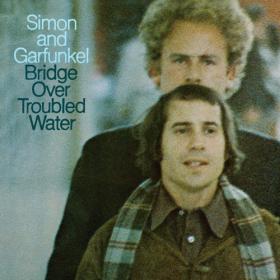 “It was very strange. Nothing I would have done,” said Garfunkel. “I want to open up about this. I don’t want to say any anti-Paul Simon things, but it seems very perverse to not enjoy the glory and walk away from it instead.

“Crazy. What I would have done is take a rest from Paul, because he was getting on my nerves. The jokes had run dry.”

The jokes may have run dry, but the talent of either man hasn’t.

Having damaged his vocal chords five years ago after choking on a piece of lobster, many feared they’d never hear 72-year-old Garfunkel’s honey-tongued voice again in the live arena. But, as he’s been proving on this tour, his vocal abilities have returned with a vengeance after a long journey of recovery.

At recent shows, the setlist has mixed Simon & Garfunkel songs with a splattering of solo numbers, as well as covers of Randy Newman and Antonio Carlos Jobim. Not all of it works – according to many reviewers – but when it does, it’s worth the price of admission alone.