When Gabrielle Aplin’s cover of Frankie Goes to Hollywood’s The Power of Love was used to soundtrack a Christmas TV commercial for John Lewis in 2012, thousands began frantically googling to find out the singer’s name.

What those who dug a little deeper discovered was a gifted young singer-songwriter who had been plugging away for years without really getting the breakthrough her talents deserved.

That all changed as The Power of Love rocketed to No.1 on the UK singles chart. 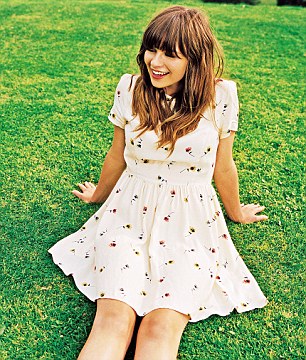 “I wasn’t expecting anything,” she said at the time. “This year was the first year when the song and the adverts have been a success. Things just took off and everything went up a level.”

Fast forward to 2016 and Gabrielle Aplin, who visits Liquid Room tomorrow (Feb 1), is famous for a lot more than just that John Lewis song, having blossomed from a teen sensation into a bone fide pop princess since signing a record deal with music industry giants Parlophone.

For starters, the 23-year-old  can now boast over 80 million Spotify streams, more than 90 million YouTube views, 1.5 million record sales and No.1 chart positions in both the UK and Australia.

Not to forget a string of hit singles, including Please Don’t Say You Love Me, Panic Cord and Home.

Following a sell-out world tour, Wiltshire-born Aplin returned last year with sophomore album Light Up The Dark, which is a more pop-oriented record than her well-received acoustic debut, English Rose.

“When my album went to No.2, that’s when I had an inkling things were going well, which really surprised me,” says the modest singer, who has been dubbed an ‘acoustic queen for the digital age’ and also has a deal with Select modelling agency. “I had an online following before I was signed to a label, but really, I didn’t know what it all meant. Now I just feel like I’m doing what I should be doing.”

The experiences she gained touring the world with her debut album helped make Aplin a far more assured and worldly songwriter.

“On my first album all I could really write about was myself, that’s all I knew,” she says. “Then when I did some travelling, when I went in to write my second album I knew I was able to draw inspiration from a place I’d seen or a person I’d met or a colour or something, things that had happened to people around me – not just myself.

“Knowing that I could actually write about anything as opposed to just me, travelling has definitely made me a bit more worldly. 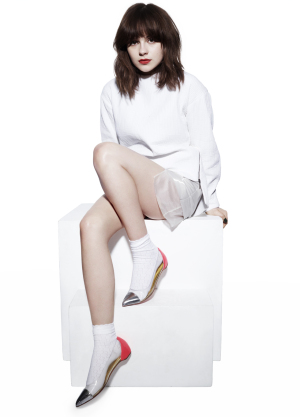 “The more you play the better you get. I did English Rain and then I went on tour for months and months. I got better at electric guitar. I got better at piano. I got better at writing. I met musicians and I hung out more. All of that was so good and useful when it came to writing and recording this new one.”

Today Aplin is a hot pop property, with most of her gigs selling out within hours of going on sale. But she still doesn’t think of herself as famous.

“I don’t see myself as being famous at all,” she says. “I’m not a super flamboyant person so I don’t have crazy fans who run up to me in the street asking for photographs.

“I hardly get recognised when I’m in public – I can’t even remember the last time. My life is very normal. Nothing has really changed if I’m honest – it’s pretty low key.”