Ever since they burst onto the music scene in 2012 with their No.1 debut single Feel The Love, which featured vocals from John Numan, South London collective Rudimental have been serial chart botherers.
Follow-up effort Not Giving In, featuring vocals from Newman and Alex Clare, reached No.14 in the UK charts, and they hit the top spot again with third single Waiting All Night, a super-catchy collaboration with Ella Eyre.
Rudimental’s 2013 debut album, Home, reached No.1, and they repeated the trick with sophomore offering We The Generation, which at the time of writing is the UK’s biggest-selling album, proudly perched – you guessed it – upon the No.1 spot.
It goes without saying, then, that there’s a fair bit of excitement in these parts surrounding the Hackney four-piece’s visit to Edinburgh’s Corn Exchange on Tuesday night (Oct 13). 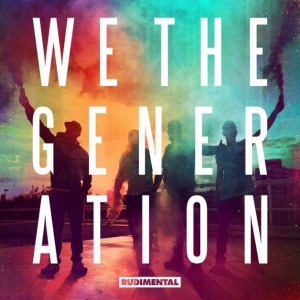 “The new album’s a bit of a progression from the first one,” says Kesi Dryden, who along with bandmates Amir Amor, Peirs Aggest and DJ Locksmith was nominated for the 2013 Mercury Prize and three MTV EMAs for Rudimental’s debut album, and also won a MOBO Award for Best Album and Brit Award for Best Single.
“We’ve been on the road together for the last two years. Our chemistry has grown and it’s really brought this soul and funk up a bit more on this record.”
That may be so, but don’t go thinking for a minute that Rudimental have changed the formula that made them so successful in the first place – instead, We The Generation is an album packed with enough blockbusters to cement their place as festival headliners for years to come.
And, yet again, the list of guest vocalists on the album reads like a who’s who of hot musical talent – Ed Sheeran, Ella Eyre, Will Heard, Anne-Marie, Dizzee Rascal, MNEK, Lianne La Havas, Bobby Womack, Sinead Harnett, Max Romero, Earl 16, Spee and Foy Vance.
“It’s so important to keep the core of what we do the same,” says Amor. “If we forget where we’re from, the message of the music would completely change.
“We The Generation is bringing forth our generation of influences and the music we grew up with – jungle, grime, hip-hop, soul. And it’s bringing a new generation of artists, like Will Heard and Anne-Marie.”
Rudimental, Corn Exchange, Newmarket Road, Edinburgh, Tuesday, October 13, 7pm, £29.50, 0131-477 3500