Music lovers turned out in droves at the Clyde Auditorium, where Scottish indie legends Belle & Sebastian headed an all-star line-up during a special benefit gig to raise funds for Save The Children’s Child Refugee Appeal.
With the mighty Franz Ferdinand, local noiseniks Mogwai, Jim Kerr and Charlie Burchill of Simple Minds, comedian Josie Long and Edinburgh’s own Mercury Prize-winning trio Young Fathers also on the bill, the evening was always likely to be that little bit special.
And so it proved. After a word from Belles mainman Stuart Murdoch – the brains behind the event – Young Fathers kicked things off in some style and proceeded to show why they’re one of the most exciting Scottish acts around at the moment.
Live, these guys are incredible and after starting at a ferocious pace they didn’t ease up for a second during their time on stage.
In a performance featuring tracks from the band’s two studio albums, their now-signature lo-fi brand of R&B, hip-hop, soul and pop was lapped up by the crowd.
Drylaw-raised vocalist Graham ‘G’ Hastings – whose band also includes Alloysious Massaquoi, originally from Liberia, and Scots-born Kayus Bankole, whose parents are Nigerian – also found time for a bit of a ‘Bono-moment’ when he urged the crowd to “clap your hands if Glasgow welcomes migrants.”
Funnywoman Long then provided the laughs with her trademark political comedy before art-rock instrumentalists Mogwai raised the roof again – but not before lulling the crowd into a false sense of security with a chilled – at least by their standards – opening. 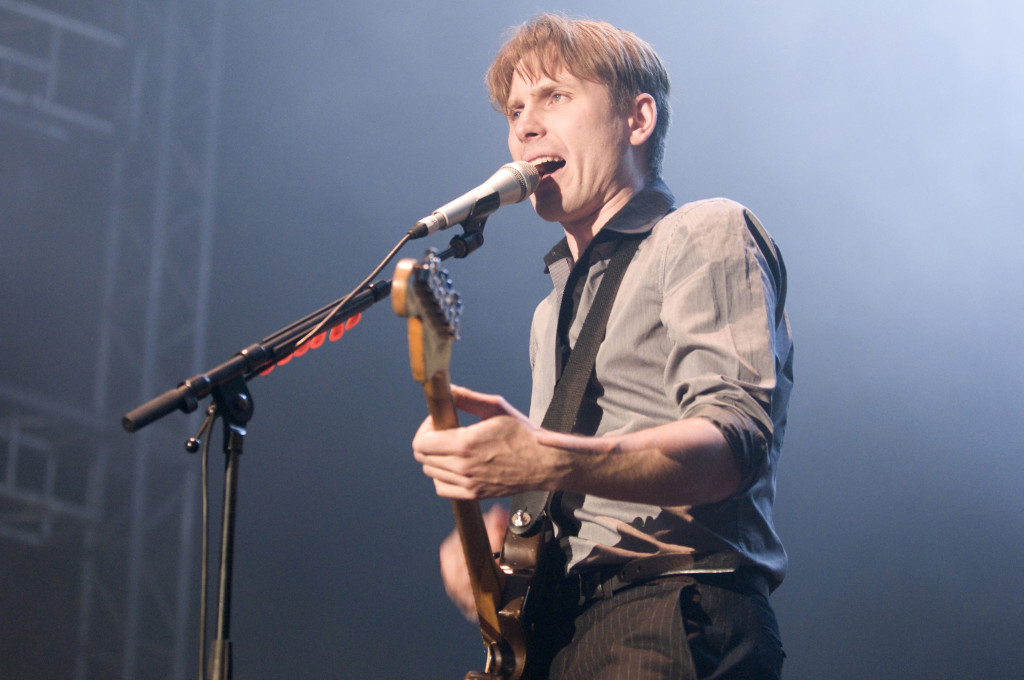 Franz Ferdinand, who have been tarting about with Sparks recently under their FFS moniker, then gave the people what they wanted during a 40-minute set that included fan-favourites No You Girls, Bullet, Matinee, Do You Want To and the still incredible Take Me Out.
Next to the stage were the Belles of the ball, who kicked off with Nobody’s Empire, I Didn’t See It Coming and Perfect Couples before throwing in Sukie In The Graveyard, The Stars Of Track And Field and Judy And The Dream Of Horse.
In a thrilling finale, Belle & Sebastian were joined on stage by Kerr and Burchill for crowd-pleasing renditions of the Simple Minds classics Promised You A Miracle and Don’t You (Forget About Me).
The proceeds from the gig will go to Save The Children’s work on the ground helping displaced children, many of whom are fleeing war-torn Syria or living in shocking conditions in refugee camps such as the one in the Jordanian desert that holds 80,000 people.
“In this little room we’ve raised over 15 grand tonight,” said Murdoch at one point, “so that’s something, an act of compassion.”
Words: Gary Flockhart