Born in Edinburgh in 1949 and educated at the Royal High School in the Capital, Glenn Chandler is best known as the writer and creator of the Glasgow-set crime series Taggart, which became the longest-running police drama on British drama. Since then, he has worked almost exclusively in theatre.  In 2013, he took two productions to the Fringe – Sandel and Killers. Sandel, which he directed, was his controversial adaptation of Angus Stewart’s novel of the same name, about a love affair between a student and a choirboy. Killers was a study of the correspondence of notorious serial killers Dennis Nilsen, Peter Sutcliffe and Ian Brady, and was directed by Liam Rudden. His latest play is Fanny and Stella: The Shocking True Story, based on the true tale of two Victorian transvestites.

Which style?  Frankensteins is quite quirky and I love watching the old movies.

It’s French and not a million miles from Bennett’s Bar.  More than that, I’m not saying as I might not get in next time!

Love it to bits, but one needs a break from any love affair.  A year off is quite good! 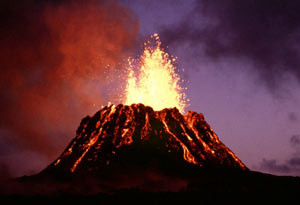 Inverleith House.  The location too in the Royal Botanic Gardens is stunning.

Round Holyrood Park and up Arthurs seat.

I loathe shopping and hate malls.  Give me quirky wee shops anywhere.

The Old Royal High school.  Brings back memories.  It should have been the Parliament instead of the garden shed by Holyrood Palace.

Trams!  I had to blink when they started running.

It’s a big one, happens in August.  Can’t remember the name.

My mother, who finally quit smoking after sixty years.

The only British city on a volcano. Can’t beat that!