It is the small but priceless painting that drives Donna Tartt’s astounding Pulitzer Prize-winning novel of the same name – and now The Goldfinch is to go on display in Edinburgh over the festive season. 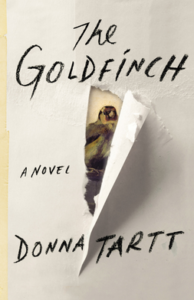 The 1654 masterpiece by Carel Fabritius will be on display at the Scottish National Gallery in Edinburgh from 4 November to 18 December.

The world famous painting has never before been shown in Scotland, and has only been exhibited in the UK on a handful of occasions.

When it was last shown outside the Netherlands, at the Frick Collection in New York in 2014, it was seen by a record-breaking 200,000 people (many of whom happily endured long queues in sub-zero temperatures).

It’s expected that The Goldfinch will again prove to be a huge draw when it arrives in the Capital.

The National Galleries of Scotland has hailed The Goldfinch as “a beautiful and mysterious masterpiece from the golden age of Dutch art.”

A spokesman said: “An artist of remarkable skill, Fabritius was tragically killed at the age of 32, when a gunpowder store exploded, destroying large parts of the city of Delft and killing hundreds of its residents.

“It is presumed that much of Fabritius’s work was lost in the explosion, and only around a dozen of his paintings survive. Among these The Goldfinch, which was painted in the year he died, is considered by many to be his masterpiece.

“This will be a very rare opportunity for art and literature lovers alike to come face to face with one of the most compelling paintings in Western art.”

Meanwhile, Donna Tarrt’s bestselling 2013 novel The Goldfinch is soon to be made into a film directed by John Cowley.

The novel is told in the first person by Theodore Decker who, at the age of 13, survives a terrorist bombing at an art museum in which his beloved mother dies. Staggering out through the debris, he takes with him The Goldfinch.

For the next 14 years, this unique object of beauty becomes both his burden and the only connection to his dead mother.