Ben Marwood’s third album, Get Found, has been a long time in the making – but as anyone heading along to the talented singer-songwriter’s headline show in Edinburgh will discover, it’s been well worth the wait.

After the successes of debut album Outside There’s A Curse (2011) and the follow-up Back Down (2013), Ben wasn’t sure he’d ever be able to play music again – or even if he’d want to. 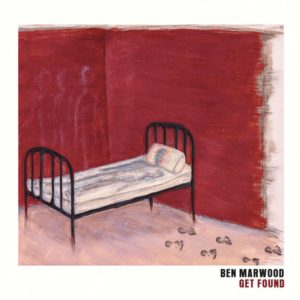 The Reading singer was struck down for a year by ill health, and it looked at times like his music career was over. Mercifully, he’s returned with a fantastic new album and is back on the road for a UK tour.

AAA caught up with Ben ahead of his visit to Edinburgh’s Opium on Friday night (ticket details below).

Ah! Just one?? But there are so many good films! I’m going to go with Rushmore, which was one of Wes Anderson’s first films and Jason Schwartzman’s first lead roles. It’s a really sweet film about a kid (Schwartzman) who wins a scholarship to Rushmore Academy but barely spends any time on his work. He meets successful businessman Herman Blume, played by Bill Murray, and they get along well and then they really don’t. They’re both equally petulant, one schoolboy and one grown man, and it’s warm and funny and makes me feel good.

I used to buy a lot of vinyl as a kid, so when I hear ‘single’ I think 7”. My parents tell me that as a child I used to play the theme tune from Postman Pat and run around the dining table. I wore a track in the carpet and eventually the vinyl expired too. We bought a second copy. For that reason alone, I would like to nominate Postman Pat by the late Ken Barrie as my favourite single. I am cool.

Probably going to step away from theme tunes for this one. There are so, so many candidates for this one so I narrowed it down to a shortlist. On the pop front, Flood by They Might Be Giants is an album I’ve taken great joy from since its release in 1990, and TMBG are one of my favourite bands of all time, but it’s up against some incredible rock records like Weezer’s self-titled debut album (these days known as the Blue album, given how many self-titled albums they now have) and Whatever and Ever Amen by Ben Folds Five who took everything I thought I knew about the piano at sixteen (ie. piano is for nerds) and turned it completely on its head. Let’s give it to Ben Folds Five.

Of my own, or someone else’s? If it’s the former, it would have to be the fundraiser for Shelter I was lucky enough to play, at Union Chapel in Islington at the end of 2015 (made possible by Frank Turner who I am lucky enough to call a friend). The acoustics in that venue are beautiful and I won’t forget it – even the staff there are great. If we’re talking about someone else’s gig, this is a close-run thing between They Might Be Giants at Shepherds Bush Empire, and a band called The Wrens back in 2006-ish at ULU in London. I was covering that show for a site I used to write for, and knew nothing about the band and they blew me away with their Nineties emo ways. Special mention goes to Swedish band The Knife, who put on the best visual show I have ever seen.

Aha, this one’s much easier. Even though I’m a massive Terry Pratchett fan and I feel bad for not nominating something of his, I’m a fan of scaring the heck out of myself and so my favourite book is psychological horror House of Leaves by Mark Z Danielewski. It’s a well-constructed story within a story (within a story) about a house which defies the basic rules of physics, and I found it mesmerising, gripping, perfectly paced and it made me want to leave my house forever and never come back. That’s the power of a good horror.