YouTube sensations Boyce Avenue went down an absolute storm last weekend during their gig in the Capital, treating a packed-out crowd at Liquid Room to a set featuring originals such as Be Somebody, Cinderella and Imperfect Me, and covers like Avicii’s Wake Me Up and Tracy Chapman’s Fast Car.

The band, composed of brothers Alejandro, Daniel, and Fabien Manzano,  started their career uploading covers onto YouTube in 2007, which quickly started building a huge following online. To date, they’ve amassed over 2.4 BILLION views on YouTube, and last year claimed the Guinness World Record for ‘Biggest Independent Band in the world on YouTube’, which they still hold today. 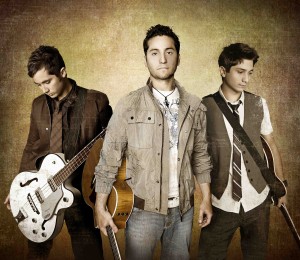 The Florida band are ranked higher than Beyoncé, Shakira, Ed Sheeran, and Lady Gaga and are the second biggest band in the planet on YouTube, just pipped to the top spot by Maroon 5.

AAA caught up with Alejandro, the youngest member of Boyce Avenue, while he was in the Capital last weekend.

1. Favourite Film
Jerry Maguire. This film has such heart to it. People forget how many famous quotes come from this one movie. It’s one of the most well rounded films of all time for me

2. Favourite Single
Black Balloon. This was one of the first songs I ever learned to play on the guitar. Such unique production style that shaped a lot of how we make music!

3. Favourite Album
Dizzy Up The Girl. So many amazing songs on this one album. This album really solidified the Goo Goo Dolls as a legacy artist and made me reach deeper into their catalogue to find even more amazing music I was previously unaware of! 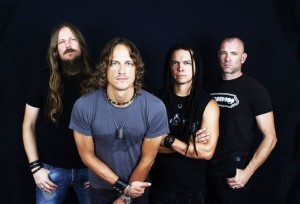 4. Favourite Gig
Watching Fuel play the House of Blues in 2003. I’ll never forget the very first chord when they all slammed into Last Time to start off the set. I was with my brother Fabian and the lights were dark and we had worked our way to the front of the pit and we could hear an electric guitar swelling with feedback and they just slammed in all at the same time and it was such a powerful moment that I’ll never forget.

5. Favourite Book
The Catcher In The Rye. I remember being initially hesitant to read it because it was mandatory for school but I remember really getting drawn into the book and the lead character. A true classic.