She may not be a household name yet, but Manchester based singer/songwriter Lauren Housley is clearly one to watch. BBC Radio Two playlisted her debut single and her recently released debut album, Sweet Surrender, has received rave reviews.

Housley’s songs were all written with longtime creative partner, Thomas Dibb, and evoke the same ambience as some of her forerunners among strong, empowered female artists, such as Janis Joplin and Eva Cassidy.

“I think I’ve always had an ability to connect with certain emotions,” says Housley of her emotive style. “I’ve been writing songs since I was about 13, but back then, I probably didn’t know that I was. It was just a form of expression at the time.”

Too many to choose from but at the minute I like films that are feel-good. The Toy Story films always make me smile (and cry), plus I love the music too.

I think Billie Jean is one of my favourite ever singles. It’s such an incredible pop song. Great recognisable intro, fantastic lyrics and melody, unbelievable playing and performance and a killer chorus… it just makes everyone want to dance. 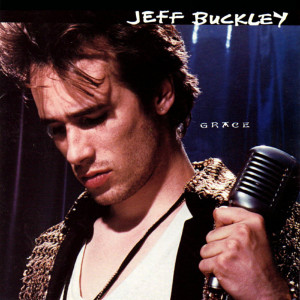 Jeff Buckley’s Grace is definitely one of my favourites. Each song has its own identity, and there’s so much love and passion gone into that record. I literally feel every word that is sung. It’s an absolute masterpiece.

The show that popped into my head first as one epic, monumental performance that I will never forget is Stevie Wonder at Glastonbury in 2010. I was right at the front of the stage watching him and the band playing to hundreds of thousands of people live. The energy was out of this world – great track after great track from a living legend. His voice sounded as good as ever, too. When he started If You Really Love Me with his line, ‘you call my name oh so sweet!’, it was a sudden realisation that he was right there in front of us doing it live!

I’m not much of a reader at the minute, although I do enjoy it. The last book I read was Carole King’s autobiography, which was really interesting. I think Carole King is such an incredible person. She’s an unbelievably talented songwriter and musician. It was really interesting to read about her path into making music and she tried to resist it at times.