Doug Johnstone is the author of seven novels, most recently The Jump (Faber & Faber). His work has been an Amazon Kindle #1 bestseller, a Fiction Uncovered winner and a Goldsboro Last Laugh nominee, as well as receiving praise from Ian Rankin, Irvine Welsh and Chris Brookmyre. Doug is a Royal Literary Fund Fellow at Queen Margaret University, and was previously Writer-in-Residence at the University of Strathclyde. He is also a journalist and musician, and is one of the co-founders of the Scotland Writers football team. 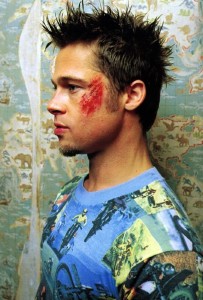 Probably Fight Club. I thought it might’ve dated, since it was so hyper-stylised, but I re-watched it recently and it really stands up. The central idea is genius, loads of Chuck Palahniuk’s counter-cultural ideas made it through the adaptation process, and the performances from Brad Pitt, Edward Norton and Helena Bonham Carter are superb.

Single to me means pop music, and although I’ve always been a rock and indie fan, I have a lot of time for pop music too. The best pop band there has ever been is ABBA – if you don’t like ABBA, you don’t like life, basically. Out of all of their classic singles, the best one surely has to be ‘Dancing Queen’ for getting the dancefloor filled up. 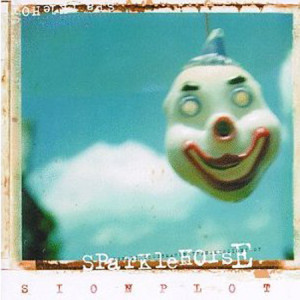 Probably Vivadixiesubmarinetransmissionplot by Sparklehorse. I know, it’s a ridiculous title for a record, but it’s absolutely sublime, delicate alternative Americana of the highest order. Sparklehorse was the recording name of Mark Linkous who wrote the songs and played all the instruments, and recorded the records himself. Sadly, he passed away a few years ago, but this debut record stands as a great testament to the man and his talent.

I remember seeing The Flaming Lips at T in the Park right around when they started doing all that crazy showmanship stuff at their gigs. Giant bubbles, people dancing in animal costumes, huge light shows, glitter everywhere, explosions. It was kind of unhinged but brilliant. I was very drunk, so maybe that helped me to be so impressed.

So many to choose from, as a writer. But the book I’ve probably returned to the most over my life is Where I’m Calling From, the collected short stories of Raymond Carver. Every American short story writer gets compared to Carver, but he really was the master of understatement. If ever a writer was all about what’s in between the words on the page, what lies underneath the prose, it was Carver. A genius from start to finish.

Doug Johnstone’s latest book, The Jump, is published by Faber & Faber and is out now.