Tony Black was born in Australia and grew up in Scotland and Ireland. 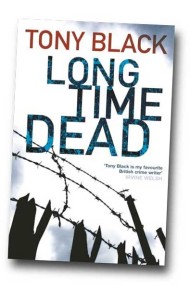 A former Edinburgh resident now living on the Isle of Arran, he is an award-winning journalist, editor, and novelist. His journalism has appeared in the UK national press and his short fiction in a variety of publications.
He is the author of the novels Paying For It, Gutted, Loss, Long Time Dead, Truth Lies Bleeding, Murder Mile, The Storm Without, His Father’s Son,  The Inglorious Dead, The Last Tiger and Artefacts of the Dead.
Hud. Paul Newman plays the bar-brawling malcontent perfectly.
Town Called Malice, The Jam. Can still remember queuing in John Menzies for this in vinyl.
Tom Waits’ Rain Dogs today, but that might change tomorrow.
I saw James Grant of Love & Money in Perth a few years ago and he was outstanding. A raconteur and comedian in between sets.
The Legend of the Holy Drinker by Joseph Roth. A short but perfectly formed little masterpiece.
Share this article: