Having cut himself loose from the hugely popular Catfish And The Bottlemen, Billy Bibby brings his new band, the Wry Smiles, to Sneaky Pete’s on Friday, 12 February as part of his UK Tour. “These lads I’ve taken on board are the real deal with exciting futures ahead of them,” says Billy of his new four-piece line-up. “I’m really looking forward to going on tour with this great bunch of guys. I’m sure we’ll turn a few heads with our live performances once we all get into our stride.”

1. Favourite Film
I’d have to say Blood Diamond… One of Leo Di Caprio’s underrated films, but a really good one with a fine performance from the man himself. I watched it the other day, actually, and it just reminded me how much I’m a fan of it. Why does Leo have to die on all his films though? Oops, sorry if you haven’t watched it yet! 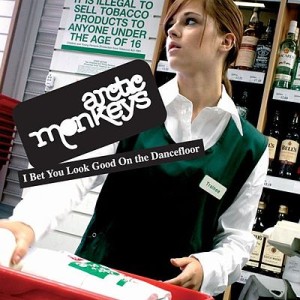 2. Favourite Single
That’s always a tough question to pick one particular song, but I’m going to go for I Bet You Look Good On The Dancefloor. I was 16 and just about to start a band and this song came out and gave guitar music a new lease of life and put bands like that back in the limelight. I also love Point Of View by DJ Boulevard. Timeless classic, that.
3. Favourite Album
This one is easier as three spring to mind – so I’ve narrowed it already! So the three are: Rumours (Fleetwood Mac), What’s The Story Morning Glory (Oasis) and Rubber Soul (The Beatles). If I really had to pick, I think I’d go for Rubber Soul. Every song on that album for me is a work of art. I just love listening to the whole album and wouldn’t skip a track – so that, for me, is my favourite album.
4. Favourite Gig
Well, it’s a gig I was a part of when I was in America touring with Catfish and we played in Washington before a band called Desert Noises. They totally blew me away. I couldn’t believe they weren’t bigger than the smallish crowd they were playing to. Such a talented bunch of lads with so much stage energy and just a camaraderie with each other that makes you slightly envious. Check them out. Such a great band. Oasis at Heaton Park 2009 was something else as well.
5. Favourite Book
Well, I’ll be the first to admit that I don’t read that much. I’m an avid Wikipedia reader and constantly love researching things on there – even though it’s not 100% accurate. I’d have to say Harry Potter and the Prisoner of Azkaban, as it’s the only book I’ve managed to finish. Bad I know. Must try harder…
Billy Bibby & the Wry Smiles, Sneaky Pete’s, Cowgate, Friday, 12 February, doors 7pm, £7, 0131 225 1757
https://www.youtube.com/watch?v=Q9xraCk7F9A
Share this article: