Caroline Gilmour‘s songs would get attention no matter where she plays them – but there’s nothing quite like getting up close and personal.

After going down a storm on big stages with artists like Horse and Charlotte Church – as well as out in the open at Edinburgh’s legendary Hogmanay street party – the singer/songwriter is now taking her music right into fans’ homes, touring the world with a string of unique house gigs.

For Edinburgh girl Gilmour, it’s an obvious choice that ticks all the boxes. 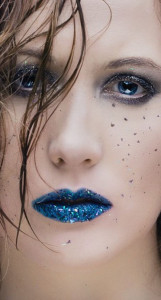 “House gigs are amazing,” she says. “I got into these last year when my friend wanted to put on an evening of entertainment at her house with her friends and neighbours.

“She asked me to play a live gig in her living room – no PA, just me and a guitar. It was a unique experience – you are so close to the audience and you have a chance to have a real blether about your songs which people are keen to hear. You meet some very lovely people, as well as enjoy the hospitality on offer.

“I’ve done a load of house concerts since then, and even went to Germany last summer to perform for some enthusiastic music lovers over there who put on regular house concerts and often offer to put the artists up in their own homes.

“I’m taking bookings for this year already, and very excited to be going to Adelaide in September to play some house shows too! I hope to continue playing as many house gigs as I can both at home and abroad.

“There’s a huge scene in Europe, particularly Germany. It’s going back to grass roots – going out to meet people directly and play in the comfort of their homes rather than asking them to come out on a week night to a live music venue, when the weather or personal commitments can put some people off.”

Those gigs will be coming off the back of her latest release, the stunning Electric Waterfalls EP. It’s a stylistic leap from what we’re used to hearing from her, but still sounds like nobody but Caroline Gilmour.

Speaking about the EP, she says, “It’s been a long time in the making and is a bit of a departure from my usual style of music in terms of production. I decided last year that I wanted to try something a little more edgy and current sounding, but still to resemble a Caroline Gilmour pop tune.”

This time, the songs have been produced by Jud Mahoney, who has worked with Justin Timberlake, Fat Man Scoop, Babyface, Dolly Parton, Liberty X and Michael Jackson.

“For the first time ever I have included a co-written track on my release which I wrote with Jud called Should Have Been Me,” explains Gilmour. “He had the music, and I came into the studio to work on lyrics with him. I don’t usually co-write with people so it was a really interesting and enjoyable experience.

“Jud is a phenomenal talent and it was a real education working with him,” she adds.

The EP is available as a digital, CD and a proper vinyl release.

“I’m very excited about making my own vinyl record,” enthuses Gilmour. “It’s been a dream of mine for a long time and will slot in nicely beside my 80s 7″ records!”

Electric Waterfalls EP is out now and available in digital and limited edition CD and vinyl formats. To find out more about Caroline Gilmour’s house concerts, CLICK HERE