If you thought being in a band was all sex, drugs and rock ‘n’ roll, you’d probably be disabused of the notion after half an hour in the company of Fatherson’s lead singer and guitarist Ross Leighton. Now, no one is suggesting he’s boring (far from it), it’s just not every day a rock star tells you he’s “just staying in the house today” because the weather’s “absolutely rotten”, although he might “play some badminton later on”.

It’s admirable, really, as since first catching the attention when they went down an absolute storm on the T-Break stage at T in the Park a few years ago, the three old school pals who call themselves Fatherson have been on a rollercoaster ride that would have sent many bands staggering off to rehab.

The Kilmarnock trio went on to bag a nomination at the Scottish Album of the Year (SAY) Awards for their brilliant debut, I Am An Island, and won themselves an army of admirers during support slots with the likes of Frightened Rabbit, Feeder, Twin Atlantic and Idlewild. And that’s just the start of it. 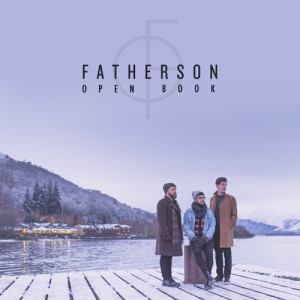 Eagerly-awaited  sophomore effort Open Book is out in June and, if recent singles Always and Lost Little Boys are any indicator, Fatherson will be in indie’s major league before the festival season’s out. Album number two may have been long time in coming, but Leighton, whose band will road-test one or two newbies when they pitch up at Liquid Room tonight (Feb 13), believes it will be worth the wait for fans.

“We put down all the drums in Gorbals Sound in Glasgow, then we moved down to Rockfield Studios in Wales, and spent 13 days there,” says Leighton. “After that, we finished off bits and bobs at [longstanding producer and engineer] Bruce Rintoul’s flat in Govanhill. He actually just lives around the corner from me.”

Laughing, he adds, “So that’s how you make an album these days.. you start off in a big, crazy studio like Gorbals Sound, then you go to a really famous studio like Rockfield, and you finish it all off in a two-bedroom flat in Govanhill.”

Spending time at the history-seeped Rockfield Studios, where so many classic albums were recorded, was a real thrill for Leighton and his bandmates, drummer Greg Walkinshaw and bass player Marc Strain. “The whole experience was very cool,” says Leighton. “The day we started recording the new album at the studio, it was 40 years to the day that Bohemian Rhapsody was recorded in the very same room. That’s pretty bonkers, right?

“It really was just an unbelievable experience to be there, hanging out with the people who have worked there for years and years, and hearing them tell us stories about the place. It’s like a family-run place, and it’s been like that for 60 years. It was so cool to hear things like ‘that’s where Freddie Mercury had his lunch’, and ‘that’s where the guys from Rush used to hang out’, and ‘that’s Ozzy Osbourne’s favourite seat’ – all that kind of stuff.” 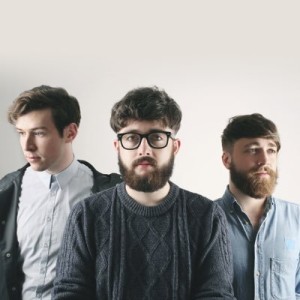 Earlier this week, Fatherson set out on their biggest headline tour to date, kicking off at the Reading Rooms in Dundee last night and, as mentioned, hitting Edinburgh’s Liquid Room tonight. Speaking to Leighton, it’s clear that the Fatherson boys still get a massive buzz from playing live.

Tonight, the trio will road test a few new songs alongside old favourites – and Leighton says he’s looking forward to playing again in a city he has fond memories of. “I love Edinburgh,  really do,” he enthuses.  “We did two shows at the HMV Picture House, and they’re just so unforgettable. One was with Panic! At the Disco, which you’d think would be an odd fit, but it was such a great show. Then we did another show there with Frightened Rabbit and We Were Augustines, which was amazing as well.

“Those two Edinburgh gigs always stand out to me as one of the best introductions to playing somewhere new you could ever have. We were in Edinburgh with bands who were really huge and cool to hang out with, and that transferred into some of our shows in that people who’d heard us at those gigs – and gigs at Cabaret Voltaire, too – came along to see us.

“Edinburgh’s been really good to us for those reasons, and it’s really nice to be going to Liquid Room and knowing it’s going to be really packed. We’ve played there before – about a year and a half ago – and it was a great night. Everyone had a great time. This time it’s going to be packed to the gunnels, and I’ve no idea why this is, but at Liquid Room somehow the crowd is so much louder than the PA. It’s just one of those great venues to play. Glasgow crowds can sing, for sure, but every time I’ve played at Liquid Room I’ve been taken aback by just how amazingly well you can hear everyone sing. It’s a great atmosphere, and I’m really looking forward to it.”

Fatherson have earned some glowing praise over the years, but one of the biggest thrills for them was getting the thumbs-up from fellow Ayrshire-men Biffy Clyro. “We were backstage at T in the Park, and Ben and James [from Biffy] told us our album was amazing and said they’d hopefully catch us when we played the next day,” recalls Leighton. “That was the year they were headlining the festival for the first time. They came over and sat down with us and said ‘We’re really looking forward to it. Congratulations.’”

As things stand, Biffy is the first name that springs to mind when the subject of Kilmarnock bands comes up – but it won’t be long before home-town compatriots Fatherson are right up there alongside them.