X-Men star Jennifer Lawrence has spoken candidly about her future in the hugely-popular film franchise.

The 25-year-old actress reprised her role as shape-shifting Raven/Mystique in X-Men: Apocalypse, which opened in cinemas today, but like co-stars Michael Fassbender and James McAvoy, her three-picture deal draws to a close with the latest film in the series

“Fassbender and McAvoy and I were all talking,” the Louisville-native told Entertainment Weekly. “Like, ‘Will you come back?’ ‘I dunno.’ ‘I’ll come back, if you come back.’ 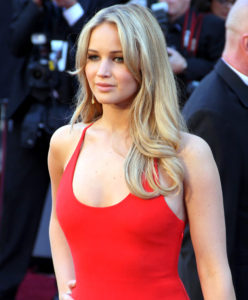 “Fox should be terrified because the deal we made was like if one of us doesn’t come back, none of us are.”

The latest film, which introduces Oscar Isaac, Oscar Isaac and Game of Thrones’ Sophie Turner to the cast, is the ninth instalment of the long-running comic book franchise, which has so far taken over $3 billion at the box office worldwide.