Edinburgh author JK Rowling has posted two rejection letters she received from publishers whilst working under the pseudonym of Robert Galbraith – to encourage other aspiring writers.

The Harry Potter creator has published three books of the Cormoran Strike series under her Galbraith moniker – 2013’s The Cuckoo’s Calling, 2014’s The Silkworm and 2015’s Career of Evil.

Rowling’s pseudonym is intended as a nod to late US politician Robert Kennedy, while the surname refers to a childhood fantasy name the author invented, Ella Galbraith. 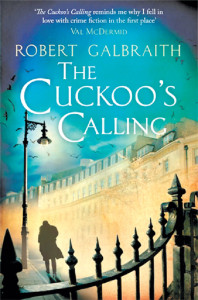 The author was attempting to find a publisher for The Cuckoo’s Calling, which was eventually released in 2013.

Rowling shared the rejections on Twitter, explaining that she was hoping encourage other aspiring writers.

One of the letters, from publishing house Constable & Robinson, says it “could not publish [The Cuckoo’s Calling] with commercial success”.

The letter then suggests politely that Galbraith “double check in a helpful bookshop” or in the twice yearly “buyer’s guide of Bookseller magazine”, about who the current publishers of his fiction genre are.

It goes on to say “a writers’ group or writing course may help” Galbraith to get constructive criticism of his debut crime novel.

The second letter, from Creme de la Crime publishers, simply states that they have become part of Severn House Publishers and are “unable to accept new submissions at the moment”.

She explained: “The Potter ones are now in a box in my attic, but I could show you Robert Galbraith’s?”

Rowling is the first female novelist in the world to become a billionaire.