It’s not been the best of weeks for Taylor Swift. Firstly, news broke that she is being sued for allegedly ripping off the lyrics to her monster hit Shake It Off – and now, she’s been beaten to top spot of Forbes magazine’s highest earning women in music list by her biggest rival, Katy Perry.

The pop princesses used to be pals but have been at odds for a while, with Swift admitting recently that the two singers are “obsessed” by outdoing each other.

The feud came to light last year, when Swift told Rolling Stone magazine, “Oh, we’re just straight-up enemies”, in reference to Perry. “And it wasn’t even about a guy. It had to do with business.

“She basically tried to sabotage an entire arena tour. She tried to hire a bunch of people from under me,” Swift added.

Perry hit back at Swift on Twitter the following day, and the pair have been sworn enemies ever since. 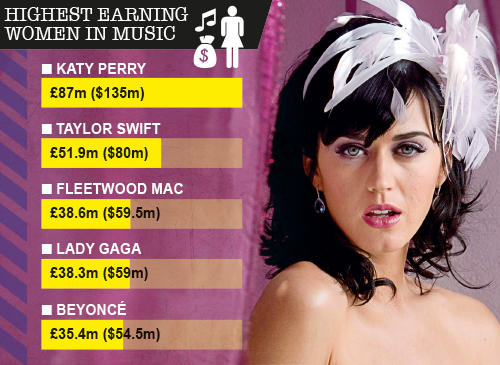 Since then, Swift has released a track dissing her rival entitled Bad Blood, while Perry has performed a counter-diss song called Crocodile Tears.

Right now, however, it looks like Perry is winning the catfight, after more than tripling her earnings in the last year to take the No.1 spot on Forbes’ money list.